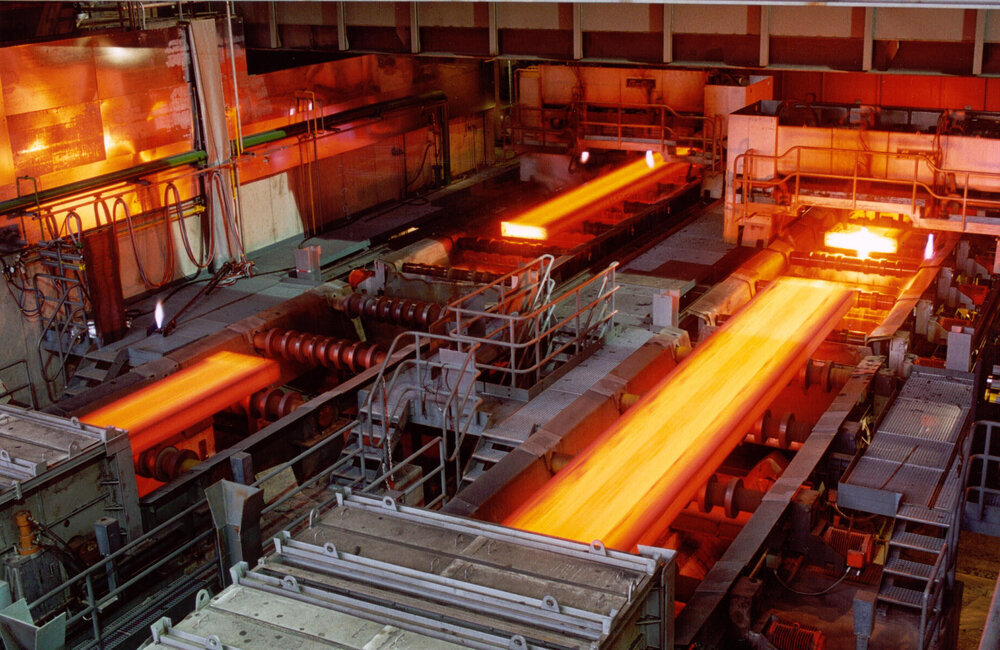 TEHRAN – As a major source of revenue for Iran, the country’s steel industry has been one of the main points of focus for the government’s strategic development plans over the past few years.

As a result, this industry has been witnessing significant growth and development and Iran’s place has been constantly rising among the world’s top steel producers. However, despite the growth in the global arena, the domestic market for this strategic product has been witnessing some turbulence recently and the prices of steel and steel products have been soaring.

In this regard, the government has proposed a plan dubbed “Development and sustainable production of steel chain” to control the steel industry and balance the country’s steel market.

This plan, however, has been facing some criticism from the country’s private sector and major steel producers, claiming it to be counterproductive and in need of serious amendment.

Despite the hardships created by the coronavirus pandemic and the U.S. sanctions, Iranian steel production increased by 13.4 percent in 2020 over the same period the previous year, according to the World Steel Association (WSA), making Iran the world’s 10th largest crude steel producer.

Based on WSA data, the mentioned growth was achieved in a condition where the average global growth in this sector stood at -0.09 percent.

The country was ranked third among the world’s top steel producers in terms of production growth, after Uzbekistan and Moldova which both have small outputs compared to Iran.

As mentioned earlier, in Iran, the steel industry is one of the 11 strategic industries which plays a significant role in the country’s industrial development because of its contribution to major development indicators such as value-added, job creation, exports, market share, and the level of knowledge and technology.

Therefore, examining the opportunities and threats in this industry has been of utmost importance for the country’s policymakers, so following the government proposal, the Iranian Parliament (Majlis) approved the “Development and sustainable production of steel chain” plan for regulating the market.

According to this plan, all of the steel chain products are required to be offered and sold based on the prices set in the country’s commodity exchange market (known as Iran Mercantile Exchange or IME), and only producers and their representatives are allowed to export the excess of their products for a limited period.

The government believes that the only way for managing the steel market and preventing the fluctuation in prices would be to supply the steel chain products only through IME.

Bahram Shakouri, the chairman of Iran Chamber of Commerce, Industries, Mines and Agriculture (ICCIMA)’s Mines and Mining Industry’s Committee, however, told the Tehran Times on Tuesday that the government’s interference in the steel industry and setting prices by authorities (and not by the market’s supply and demand) would pave the way for corruption and rent in the market and would also be a hurdle in the way of exports.

He emphasized that developments in the steel sector would have a great impact on many other industries so that regulatory prices or government interventions in this area will result in disruptive impacts on other areas.

According to the latest report by the parliament’s Industries and Mines Committee, steel consumption in Iran was about 16-15 million tons in the previous Iranian calendar year (ended on March 19, 2020) and is expected to hover around the same figures in the current year.

Considering the 30 million tons of output, the country will be able to export nearly half of its production. So having comprehensive plans in this area (exports) should also be of significant importance for the policymakers in this sector.

But it seems that the government’s new plan is not much supportive when it comes to exports, Shakouri regretted.

The suggestions and solutions

In this regard, the official believes that instead of creating excess regulations and cumbersome bureaucracy concerning the distribution and pricing of steel chain products, the government should focus more on monitoring and supervision by using tariffs (like many other countries) as a major tool for regulating the market.

According to Shakouri the prices of any commodity in a healthy economy should be set by the supply and demand in the market and not by authorities.

“And even if the government is forced to set prices under certain situations, the criterion must be global prices; we had previously suggested that the prices for the domestic market be set 10 to 15 percent lower than the global prices for steel chain products,” the official added.

Other experts and analysts believe that instead of pricing and regulations the government can also focus on encouraging and supporting the downstream industries in order to produce products with more added-value.

Iranian steel is mainly exported in the form of ingots while this can change and the steel could be used in other industries like home appliances and electronics to create products with higher added value.

According to Arman Khaleqi, the secretary-general of the House of Industry, Mines, and Trade of Iran, the best way to regulate is to achieve higher value-added growth in this [steel] chain.

“This means converting our iron ore reserves to manufacture products such as home appliances, automobiles, and machinery after turning them into steel sheets.”

So it can be said that having a balanced and dynamic steel sector requires constant dialogue and coordination between the policymakers on one hand and the organizations and associations active in this field on the other hand.

This will result in choosing better and more appropriate paths to achieve prosperity and development in this industry.