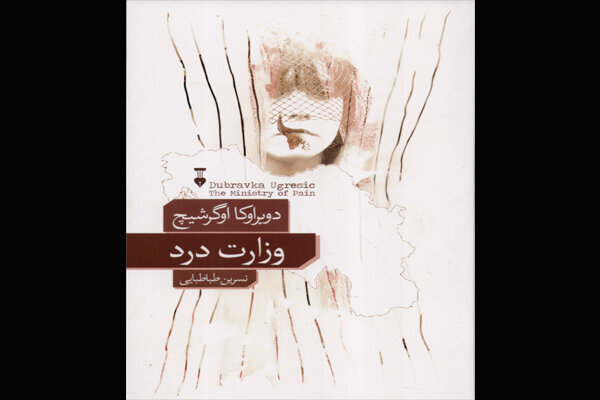 TEHRAN – Croatian writer Dubravka Ugresic’s 2004 novel “The Ministry of Pain” has been published in Persian in Tehran.

Nasrin Tabatabai is the translator of the book published by No Publications.

Having fled the violent breakup of Yugoslavia, Tanja Lucic is now a professor of literature at the University of Amsterdam, where she teaches a class filled with other young Yugoslav exiles, most of whom earn meager wages assembling leather and rubber S&M clothing at a sweatshop they call the “Ministry”.

Abandoning literature, Tanja encourages her students to indulge their “Yugonostalgia” in essays about their personal experiences during their homeland’s cultural and physical disintegration. But Tanja’s act of academic rebellion incites the rage of one renegade member of her class and pulls her dangerously close to another, which, in turn, exacerbates the tensions of a life in exile that has now begun to spiral seriously out of control.

An English translation of the novel by Michael Henry Heim was published in 2007.

Ugresic earned her degrees in comparative literature, Russian language and literature at the University of Zagreb, and worked for twenty years at the Institute for Theory of Literature at the university, successfully pursuing parallel careers as a writer and a literary scholar.

She started writing professionally with screenplays for children’s television programs, as an undergraduate. In 1971, she published her first book for children “Mali Plamen”, which was awarded a prestigious Croatian literary prize for children’s literature.

Ugresic published two more books, “Filip i Srecica” and “Kucni Duhovi”, and then gave up writing for children.

As a literary scholar, Ugresic was particularly interested in Russian avant-garde culture. She was a co-editor of the international scholarly project Pojmovnik Ruske Avangarde, (A Glossary of the Russian Avangarde) for many years.

She rediscovered forgotten Russian writers such as Konstantin Vaginov and Leonid Dobychin, and published “Nova Ruska Proza”, a book on Russian contemporary fiction.

She translated fiction into Croatian from Russian, and edited anthologies of both Russian contemporary and avant-garde writing.

She is based in Amsterdam today, working as a freelance writer.