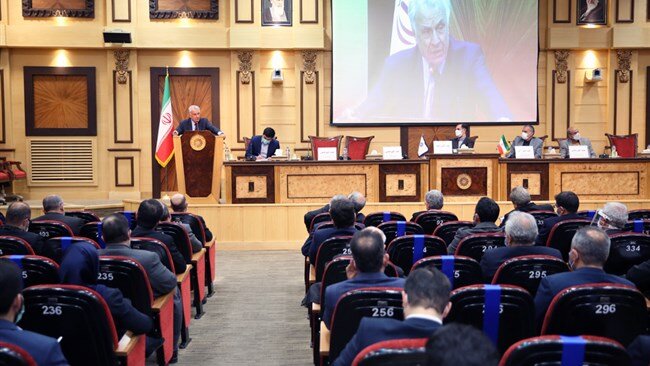 TEHRAN – Iran Chamber of Commerce, Industries, Mines and Agriculture (ICCIMA) held a meeting on Tuesday to discuss the problems of the country’s exporters and to offer solutions for such issues, ICCIMA portal reported.

The meeting was attended by senior officials from government bodies and the private sector, including the representatives of the Trade Promotion Organization (TPO), the Central Bank of Iran (CBI), the Foreign Affairs Ministry, and the Islamic Republic of Iran Customs Administration (IRICA) as well as a handful of the country’s exporters.

Speaking in the meeting, ICCIMA Deputy Head Mohammadreza Ansari stressed the need for supporting the country’s exporters and said: “export and exporters are supported by highest executive authorities of all countries around the world; if Iranian exporters are to take steps to develop the country’s economy, they must be able to compete in the international arena, and this can be realized only by the serious support of the country’s authorities.”

Elsewhere in this event, the TPO Head Hamid Zadboum underlined the importance of ranking the country’s exporting companies, and said: “We are currently seeking to update the TPO’s framework based on studies conducted on trade promotion organizations in other countries to take necessary steps in this regard.”

According to Zadboum, the administrative structure in Iran has created many problems for the trade system, and in order to resolve these problems, the public, the parliament, and government bodies must be involved and take serious steps in this regard.

Further in the meeting, the speakers expressed their views on the requirements for the development of the country’s exports and pointed to the concerns and challenges of the exporters.

Developing an export strategy, a clear roadmap, and appointing an exclusive authority body for this sector were among the demands of exporters that were emphasized in this meeting.

Improving the quality and quantity of the country’s logistics, reducing the costs of money transfers in trade, supporting exporters to participate in international exhibitions for promoting their products, establishing direct communication between embassies and economic organizations, holding specialized meetings to review the export challenges of each commodity group and ultimately determining the export quota for each commodity group to avoid unnecessary bans were other issues raised at the meeting.