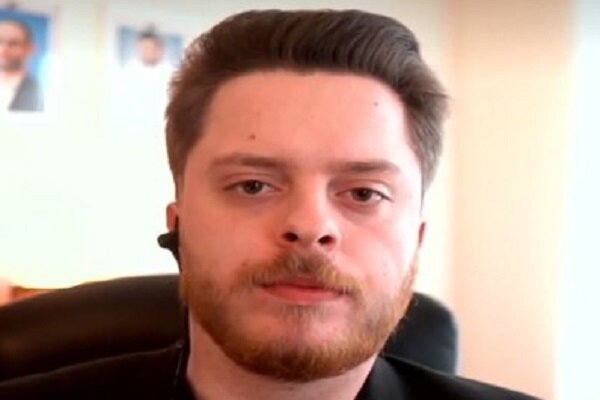 TEHRAN – Noting that Riyadh’s influence will be undermined if Washington withdraws its support, a Danish political activist predicts Saudis will maintain the policy of combatting Ansarallah in Yemen to save their face.

“Of course, the Saudis will become significantly weakened in the event that the United States withdraws its support, but they will still maintain the policy of combatting the so-called “Houthi rebels” in Yemen,” Rune Agerhus tells the Tehran Times.
“It is all about saving face for the Saudi regime. If they admit defeat, their own position, and their own domestic legitimacy, would crumble and fall apart. They cannot risk that, let alone afford it,” argues the activist, the chairman of the International Solidarity Committee with Yemen.
The following is the text of the interview:

Q: Saudi Arabia always blames Ansarallah for human casualties when it targets Yemeni cities, including the recent deadly airport attack. Who is behind the attacks? Why Aden airport was targeted?
A: Coalition infighting has been raging for many years between Saudi Arabia and its mercenaries, as well as the UAE and its mercenaries. The Riyadh-agreement, which stipulated the creation of a unity government between the warring coalition parties has flopped totally.
When this “government” arrived in Aden, it was not received by neither Saudi nor UAE forces, which used to be a common custom. They were not present, which may indicate that the two (Saudi Arabia and the UAE) either knew about the attack or were directly responsible. Regarding who was behind the bombing of Aden airport, everything points to forces within the Coalition.

Q: What are the reasons for the disagreement between the Saudi-led coalition as they target one another on some occasions?
A: The Coalition members have conflicting interests in the region. The Saudi regime is doing everything they can to maintain the “hotel government” of Mansour Hadi in order to exert its dominance and influence in Yemen, as well as maintaining a military presence.
The Emiratis on the other hand have focused on funding militias and terrorist mercenaries in the southern part of the country, especially Socotra island which has essentially been annexed by the Emirati regime and turned into a base for espionage and surveillance in the Indian Ocean. The Emiratis are pushing for the country to become separated like it was pre-1990 unification, while the Saudis are maintaining their support for the illegitimate Hadi regime using it as a puppet to control the strings of domestic Yemeni policies.
Sudan, Morocco, and Qatar used to be part of this Coalition but withdrew their support for various individual reasons.

Q: What are the Saudi-Emirati achievements in the Yemen war which ignited in 2015?
A: The Saudi-led Coalition may claim they have achieved substantial success during its genocide against Yemeni civilians, but that remains to be seen. The Government of National Salvation still maintains direct authority over roughly 85% of the Yemeni population and is the only government in Yemen with a parliamentary mandate.
The Yemeni Army and Popular Committees have managed to liberate scores of territories in the past few years and have been able to develop its defensive capabilities despite the blockade and pressure enforced by the Coalition. In every corner of the Republic, the Saudi-led Coalition has failed to achieve any “goal”. They claimed at the very beginning that their bombing campaign would only last a few weeks until they would gain victory.
It has now been over half a decade. However, you might say the Riyadh agreement remains their only achievement, but even that is falling apart.

“To quote Middle East Monitor, the involvement of Israel is an open secret. Their influence in the war has been known since 2015, when the Saudi Embassy was raided and a cache of Israeli-manufactured weapons was discovered, including documents detailing its ambitions with the United States.”
Q: How do you assess Yemen’s humanitarian and health situation after Saudi waged war on the country?
A: The humanitarian situation in Yemen is very dire and desperate. According to the United Nations, over 22 million people are in need of some form of humanitarian assistance, with an estimated 17.8 million people being food insecure, another 8.4 million people severely food insecure at risk of starvation, 16 million people lacking access to clean water and sanitation and many more examples.
The numbers are staggering. These millions of innocent civilians aren’t suffering due to natural circumstances. They are suffering from man-made, man-enforced starvation used as a weapon by the Saudi-American Coalition.

Q: How do you see Israel’s role in the war against Yemen?
A: To quote Middle East Monitor, the involvement of Israel is an open secret. Their influence in the war has been known since 2015, when the Saudi Embassy was raided and a cache of Israeli-manufactured weapons was discovered, including documents detailing its ambitions with the United States. The Zionist entity in Occupied Palestine has been focusing on developing relations with the UAE-backed Southern Transitional Council, a mercenary separatist movement seeking independence for former South Yemen. Earlier reports indicated heavily that the Israeli and Emirati regimes were working on establishing an espionage base on Socotra, which is currently occupied by Emirati ground forces.
Indeed, the Zionist entity cannot allow the only Republic on the Arabian Peninsula to become revolutionary supportive of the Palestinian struggle.

Q: Do you believe that Saudi Arabia will change its policies in Yemen during Joe Biden’s presidency?
A: I remain skeptical and doubtful. It is true that Saudi Arabia had a much closer relationship with Donald Trump in several areas, but I doubt – even with a U.S. pullout from Yemen – would do much to change Saudi Arabia’s attitude towards Yemen.
Of course, the Saudis will become significantly weakened in the event that the United States withdraws its support, but they will still maintain the policy of combatting the so-called “Houthi rebels” in Yemen. It is all about saving face for the Saudi regime. If they admit defeat, their own position, and their own domestic legitimacy, would crumble and fall apart. They cannot risk that, let alone afford it.