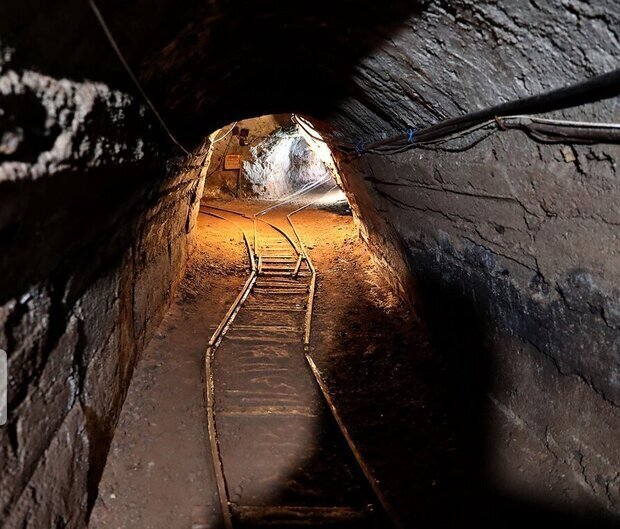 TEHRAN- According to an official with the Industry, Mining and Trade Ministry, 24 idle mines have been revived in Hormozgan Province, in the south of Iran, during the first nine months of the current Iranian calendar year (March 20-December 20, 2020).

Iraj Hassanpour, the director for the affairs of the provinces in the mentioned ministry, said that very good projects have been started and are underway in Hormozgan in the field of industry and mining, which shows that Hormozgan province is on the path of development.

Through implementing a program for reviving idle small-scale mines across the country, Iran has revived 176 mines during the first nine months of the current Iranian calendar year.

As announced by the Iranian Mines and Mining Industries Development and Renovation Organization (IMIDRO), 12 mineral processing plants were also set up in the country through cooperation with the private sector during the mentioned nine-month period.

According to the available statistics, the number of active mines in the country is more than 5,600 mines, from which an average of 400 million tons of various minerals are extracted annually, and the share of construction materials is estimated at 60 to 65 percent.

Currently, 257 mines are being equipped as part of a comprehensive program for reviving idle small-scale mines across the country.

Reviving 200 idle mines and setting up 25 processing units have been planned for the current Iranian year (ends on March 20, 2021).

Last year, 146 mines were revived throughout the country.

As reported, under the framework of the mentioned program, 672 idle mines have been identified and prioritized in the current Iranian calendar year, and diagnostic procedures have been performed on 194 mines to determine the reasons for the halt in their production.

The mentioned program, which has been at the forefront of IMIDRO’s missions over the past two years, is being pursued in several provinces.

The previous head of IMIDRO has mentioned this plan as one of the most significant plans of “Resistance Economy”, saying that IMIDRO is strongly determined to carry out it.

Reviving the small mines not only is a major step toward materializing “Surge in Production”, which is the motto of the current Iranian calendar year, it also plays a significant role in job creation throughout the country, Khodadad Gharibpour has said.

Following this program, so far various small-scale mines including chromite, manganese, hematite, and dolomite, iron ore, copper, and construction stone mines have been surveyed by monitoring and diagnosing the problems of the mines and providing solutions for resolving their issues.

According to the head of the Iranian Mining Engineering Organization (IMEO), the mines of Iran have 27 widely used minerals,

Taqi Nabi said that Iran produces 13 major minerals in the world and is among the top 10 countries in this due.

He further referred to the government’s plan for reviving the idle mines across the country, and said, “The government has taken good steps to return the closed mines to the production cycle, and good expert measures have been taken.”

Mining units are given a three-month opportunity to determine the status of stagnant and inactive mines in order to revive them, he added.