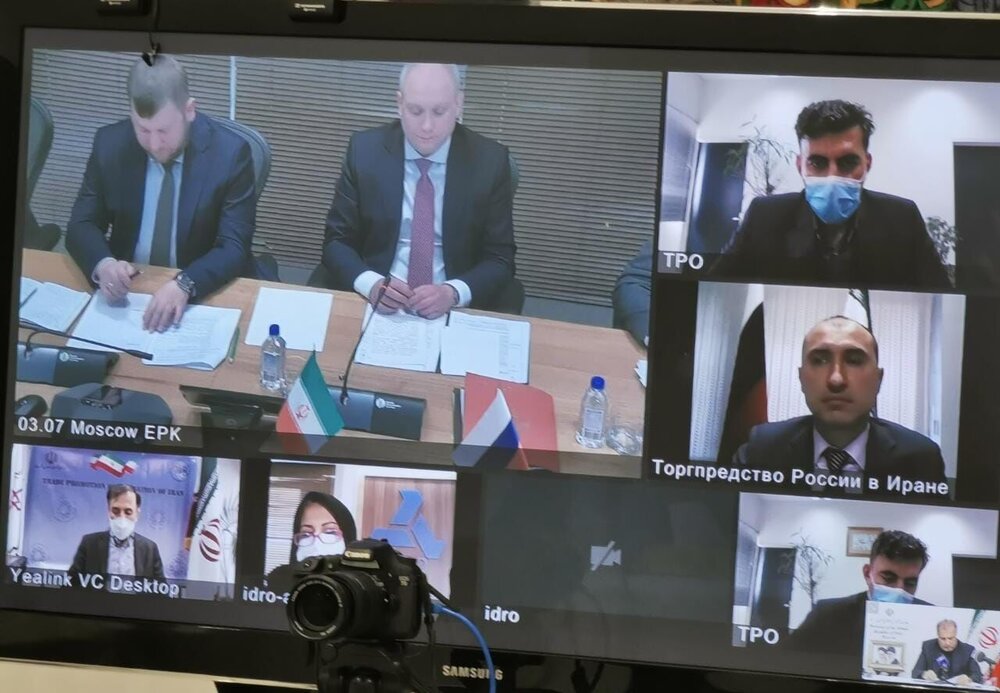 TEHRAN – Iran and Russia’s industrial officials held an industrial-trade webinar on Tuesday for exploring the expansion of cooperation in this sector, especially in the auto industry and shipbuilding, IRNA reported.

The online event was attended by senior officials from the two countries including Iran’s Deputy Industry, Mining, and Trade Minister Hamid Zadboum, and his Russian counterpart Oleg Ryazantsev, as well as Iran’s envoy to Moscow Kazem Jalali.

Referring to some problems that Iranian traders including dairy producers are facing for exports to Russia, Zadboum said: “Iranian dairy products are of very good quality; the Institute of Standards and Industrial Research of Iran is very strict about the quality of goods. We have a duty to check the restrictions on the export of dairy products as well as Iranian tomatoes to Russia.”

He expressed hope that with the cooperation of the two sides such restrictions on exports would be removed in the future.

Russia’s Deputy Minister of Industry and Trade Oleg Rizantsev for his part said that the Russian side hopes for constructive talks with Iran.

“I consider today’s conference as a prelude to holding a meeting of an Iran-Russia industry working group within the framework of the two countries’ Joint Economic Committee.”

Elsewhere in the webinar, Kazem Jalali offered the establishment of joint commercial and industrial holdings with the aim of optimal use of the green customs corridor between the two sides, saying: “The joint cooperation of the two countries’ holdings can play an important role in the development of trade relations between Iran and Russia.”