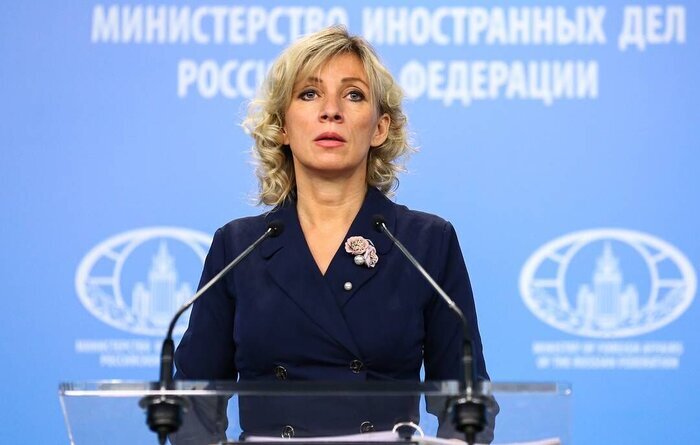 Russian Foreign Ministry spokeswoman Maria Zakharova has said she is receiving messages via social networks from supporters of U.S. incumbent President Donald Trump asking for information on how to receive Russian citizenship.

“The most frequent commentary I receive via social networks from the United States is how to receive Russian citizenship,” she said in an interview with the Voskresny Vecher (Sunday Evening) with Vladimir Solovyov program on the Rossiya-1 television channel.

According to Zakharova, such messages are coming from those who supported the Republicans who fear possible persecution because of their political views, TASS reported.

“Welcome to reality,” she noted.

Earlier, the U.S. company Twitter said that it had permanently blocked access to Trump’s personal account due to his violations of rules and also for fear he might try to trigger unrest. Also, he was stripped of the right to upload posts to Facebook and Instagram pages until his term of office expired. Apple temporarily removed from App Store the microblogs service Parler, very popular with Trump’s supporters.

On January 6, a group of Trump’s supporters forced their way into the building of the U.S. Congress in an attempt to upset the certification of results of the U.S. November 3 presidential election, in which Democrat Joseph Biden emerged the winner. According to the authorities, during the unrest a woman demonstrator was shot. Also, three unrelated deaths, described as medical emergencies, were reported. A Capitol police officer died after the clashes.

“We know some of these people. On the one hand, it makes it possible to begin talks without a long break, without a sluggish start, if the U.S. side is willing to respond to our numerous proposals on the Russian-U.S. agenda that are still on the table,” he told a news conference, commenting on reports about Biden’s plans to appoint Antony Blinken as secretary of state and Victoria Nuland as assistant secretary.

The Russian top diplomat noted that appointments in Biden’s team may mean that Washington’s drive towards dominance will be continued. “Obviously, containing China and Russia will remain on the foreign policy agenda. It [Washington] is already thinking about what can be done not to let Russia and China consolidate in a way they could feel stronger than America,” he explained.