Breaking: The idea of ‘exceptionalism’ is deeply ingrained in our national DNA: American author 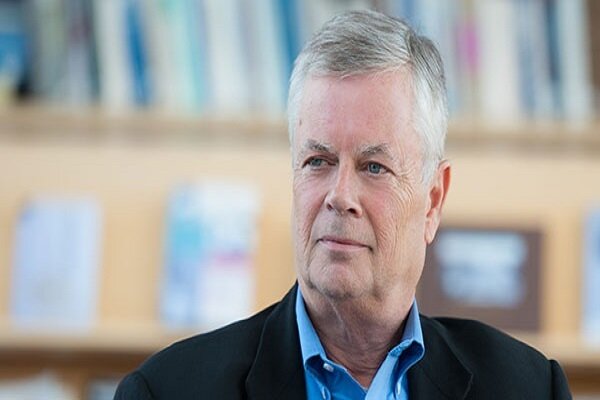 Breaking: The idea of ‘exceptionalism’ is deeply ingrained in our national DNA: American author

TEHRAN – An American author says toppling governments around the world is one of Washington’s “specialties”.

“Overthrowing governments is one of our specialties,” Stephen Kinzer tells the Tehran Times.

“The idea of ‘exceptionalism’ is deeply ingrained in our national DNA,” Kinzer tells the Tehran Times.

“Last week gave us a glimpse, on a greatly reduced scale, of the havoc we have wreaked elsewhere.”

Kinzer, a former New York Times journalist, says no nation like the U.S. intervenes in others’ domestic issues.

The following is the text of the interview:

Q: How do you assess the recent mob attack on the Capitol building by pro-Trump protesters? What is the message of this incident for the U.S and the world?

“In the U.S. as in most countries, politics often is more powerful than the law.”A: Over the last century, no nation has intervened as often as the United States in so many countries so far away from its own borders.  Overthrowing governments is one of our specialties.  Last week (January 7th) gave us a glimpse, on a greatly reduced scale, of the havoc we have wreaked elsewhere.

Q: U.S. administrations and institutes mostly back protests against governments all around the world but when it comes to the U.S., they rally around national integrity. Isn’t it a kind of double-standard?

A: The idea of “exceptionalism” is deeply ingrained in our national DNA.  Americans grow up presuming that, as Secretary of State Madeleine Albright famously asserted, “We are the indispensable nation, we stand taller and we see further than other countries.”  Our leaders believe they know what is good for the world better than the world itself knows.  This has led the United States to incite rebellion and subversive violence in dozens of countries.  To replace the governments we overthrow, we often promote corrupt demagogues.  Now we face the same combination at home: insurrection and demagoguery.

Q: Why did you publish a tweet saying: “My friends abroad keep reassuring me:  There can never be a coup in the United States because there is no American embassy there?”

“Now the U.S. faces the same combination of ‘insurrection and demagoguery’ at home.” A: The joke is that coups in most countries happen not for domestic reasons, but because of intervention by covert agents who work from the U.S. embassy.  This is not completely true, but true enough so that everyone gets the joke.

Q: Is there any mechanism in the American constitution to prosecute a president who violates the law?

A: We do have an impeachment procedure but it is political in nature, not legal.  In the U.S. as in most countries, politics often is more powerful than the law.

Q: The Democratic Party of U.S. President-elect Joe Biden succeeded to take control of the Senate. Do you expect the victory would lead to a change in U.S policies, especially in foreign policy areas?

A: Biden will make substantial changes to government policies relating to education, transportation, labor, energy, immigration, and other domestic issues.  There will be no major change in foreign policy.  The U.S. will continue seeing Russia and China as enemies and working more often to confront them than to compromise.  There will, however, be some change in policy toward Iran.  How substantial the change will remain unclear?  It is the subject of intense debate behind the scenes in Washington and the incoming Biden administration.

Q: How do you assess American police’s behavior after pro-Trump fans stormed the Capitol Hill in comparison with its reaction to the summer protests? Was the Insurrection Act applicable?

A: President Biden himself said it: “No one can tell me that if it had been a group of Black Lives Matter protesting yesterday, they wouldn’t have been treated very differently than the mob of thugs that stormed the Capitol.  We all know that’s true. And it is unacceptable. Totally unacceptable. The American people saw it in plain view.”