Breaking: Over $1.7b of facilities paid to SMEs, semi-finished projects in 9 months 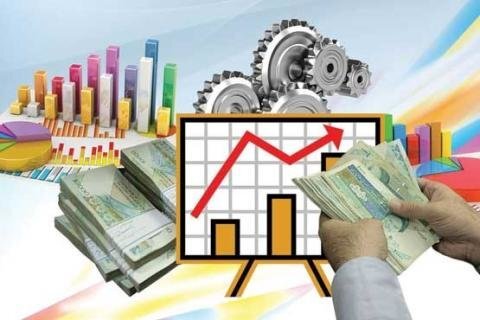 Breaking: Over $1.7b of facilities paid to SMEs, semi-finished projects in 9 months

TEHRAN- Over 73.93 trillion rials (about $1.76 billion) of facilities has been paid for financing the small and medium-scaled enterprises (SMEs) and semi-finished projects with the progress of over 60 percent during the first nine months of the current Iranian calendar year (March 20-December 20, 2020), according to the data released by the Industry, Mining and Trade Ministry.

The mentioned facilities have been paid in line with the policies of the resistance economy.

Meanwhile, according to the ministry’s data, 27,953 permits have been issued for establishing new industrial units in the country during the nine-month period, which marked a 40.3-percent increase year on year.

The estimated investment making for these units was more than 3.64 quadrillion rials (about $86.87 billion), up 50 percent compared to the figure for the past year’s same time span.

The units are predicted to create jobs for 627,548 persons, indicating 37.8 percent growth year on year.

During the said period, also 5,083 licenses were issued for the commission of newly completed industrial units, indicating an increase of 8.3 percent compared to the same period last year.

Over 1.48 quadrillion rials (about $35.26 billion) was invested in the mentioned units, registering a 282.2-percent increase compared to last year’s same nine months.

As previously announced by the ministry, the issuance of permits for setting up industrial units in the country increased 16 percent in the past Iranian calendar year (ended on March 19, 2020).

Most of the issued permits were related to the food industries; and Semnan, Qom, and Khorasan Razavi were the provinces receiving the highest number of permits.

The acting head of Iran Small Industries and Industrial Parks Organization (ISIPO) has recently announced that 1,170 idle industrial units have been revived in the country during the first nine months of the current Iranian calendar year.

Asghar Mosaheb said that reviving the mentioned units has created jobs for 19,446 persons.

The official said there are over 46,000 small and medium-sized industrial units in Iran’s industrial parks and zones, of them about 9,200 units are inactive.

Industry, Mining, and Trade Ministry was initially planning to revive 1,500 idle units in the current year, but then it revised its programs to revive 2,000 units.

Bringing the mentioned 1,170 units back to the production cycle, the plan for reviving such units in the present year has been completed by 78 percent.

According to Mosaheb, preventing the inactive status of the industrial units is a major plan of ISIPO, while lack of liquidity, problems in terms of supplying raw materials and machinery, and absence of market are the main reasons making the units inactive.

ISIPO’s Previous Head Mohsen Salehinia had said that providing liquidity is the main issue for many of the country’s production units, so based on the arrangements made, these units can receive part of their needed liquidity through bank facilities.

Strengthening domestic production to achieve self-reliance is the most important program that Iran is following up in its industry sector in a bid to nullify the effects of the U.S. sanctions on its economy.

To this end, the current Iranian calendar year has been named the year of “Surge in Production”, and all governmental bodies, as well as the private sector, are moving in line with the materialization of this motto.

Regarding its significant role in the realization of the mentioned goal, the Industry, Mining, and Trade Ministry has already defined its main programs for supporting domestic production in the current year.

The ministry’s seven main axes of the surge in production are going to be pursued under 40 major programs.