Breaking: When East Meets West forum to present Iran’s “Fill in the Blanks” 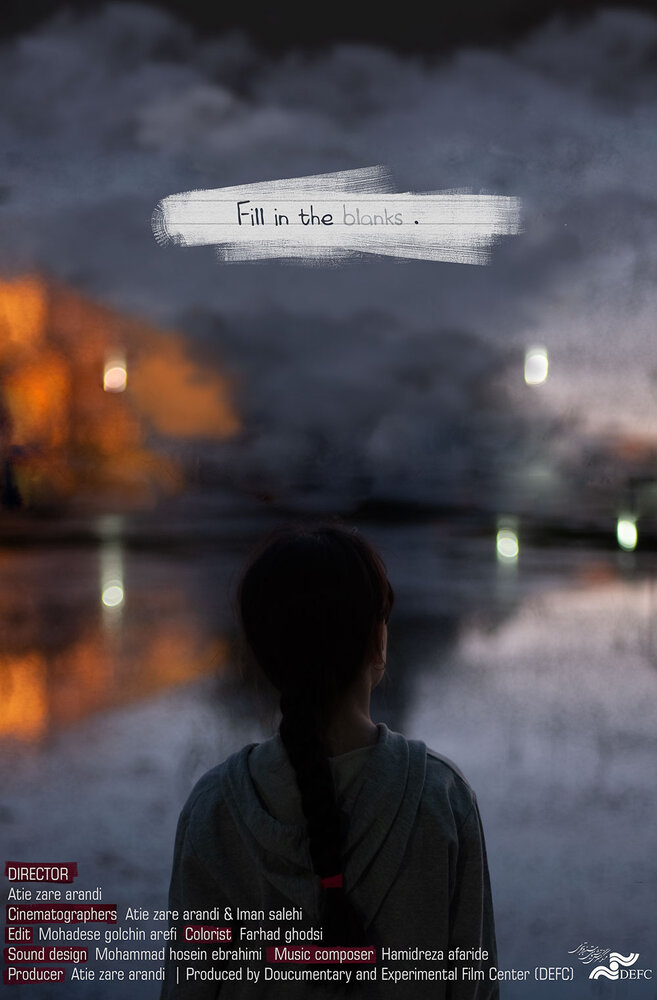 Breaking: When East Meets West forum to present Iran’s “Fill in the Blanks”

TEHRAN – The acclaimed Iranian documentary “Fill in the Blanks” will be presented during the 11th edition of the When East Meets West forum, an Italian co-production meeting that will be held in the northeastern city of Trieste from January 25 to 28.

Directed by Atieh Zare’ Aranadi, the film revolves around Melina, a girl who lives with her grandparents after her parents have broken up. They have started new lives with new marriages, and consequently, neither of them can get custody of Melina. However, she tries to make some arrangements to live with her mother.

“Fill in the Blanks”, also known as “Get Filled in the Blanks”, was selected as best film last December at the 14th edition of Cinéma Vérité, Iran’s major international festival for documentary films.

It is a co-production between the Associate Directors in Belgium and the Documentary and Experimental Film Center in Iran.

Twenty other film projects from 13 countries will also be presented at the forum, which will be taking place on the sidelines of the Trieste Film Festival.

The projects in development – 10 feature documentaries and 11 fiction features – were selected out of a record number of 387 submissions from 56 different countries.

Over 500 decision makers and professionals from all over the world will take part in this forum.

Among the projects also are “A Picture to Remember” by Olga Chernykh from Ukraine, “A Safe Place” by Sara Summa from Germany, “A Winner Is Seen at the Start” by Zhannat Alshanova from Kazakhstan, “Age” by Gustav Agerstrand and Asa Ekman from Sweden, “Bye Mom!” by Marie De Hert and Ellen Pollard from Belgium, “Europe-East” by Elena Rebeca Carini from Italy, and “Foals” by Salomé Hévin from France.

These projects will be competing for the Film Center Serbia Development Award, the EAVE scholarship at the EAVE European Producers Workshop, Flow Postproduction Award worth 15.000 EUR prize in post-production facilities, EWA Network Best Woman Director Award, the Producers Network Prize at the Cannes Marche du Film Producer’s Network, and the Pop Up Film Residency Award – a 3-week residency with the guidance of international mentors.

Photo: A poster for “Fill in the Blanks” by Atieh Zare’ Aranadi.