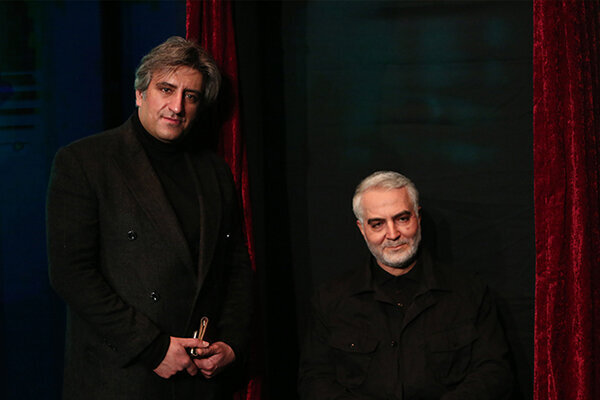 TEHRAN – Sculptor Hamid Kangarani, whose wax effigy of Martyr Qassem Soleimani was unveiled at the Museum of Luminaries at Tehran’s Milad Tower last Saturday, said on Tuesday that his statue is a better likeness of the legendary commander than those inferior statues of him set up across the country following his assassination.

“My main motivation for making this effigy was to make a statue that suits the dignity and character of the martyr, something that will be acceptable,” Kangarani said in a press release published on Tuesday.

“Of course, this is the second one I have made. When the commander was alive I wanted to make one but he did not agree, however, after his martyrdom I kept in touch with the Sacred Defense Museum in Tehran and made one within 18 days,” he said.

He said that he was next commissioned by Martyr Soleimani’s family and the Soleimani Foundation to make the effigy, which he completed within 40 days.

“The good point about these hyper-realistic effigies is that they can easily communicate with the visitors. I must say that I personally like hyper-realistic sculptures. I have done bronze statues but these give me a much deeper feeling,” he added.

“I began my career in 1997 and I have so far made over 350 hyper-realistic, bronze and fiberglass statues for museums in Iran and other countries,” he said.

He said that he was later invited by Madame Tussauds, a wax museum in London, for collaboration, and that he made several effigies of celebrities including Angelina Jolie, Brad Pitt, Elizabeth Taylor and Elvis Presley.

He said that when a bad bust or statue is set up in the city, both the sculptor and the commissioner are guilty.

“When a commissioner is not exact in his order, and when a sculptor is not committed, they both move towards a kind of work that is not good in the end,” he concluded.