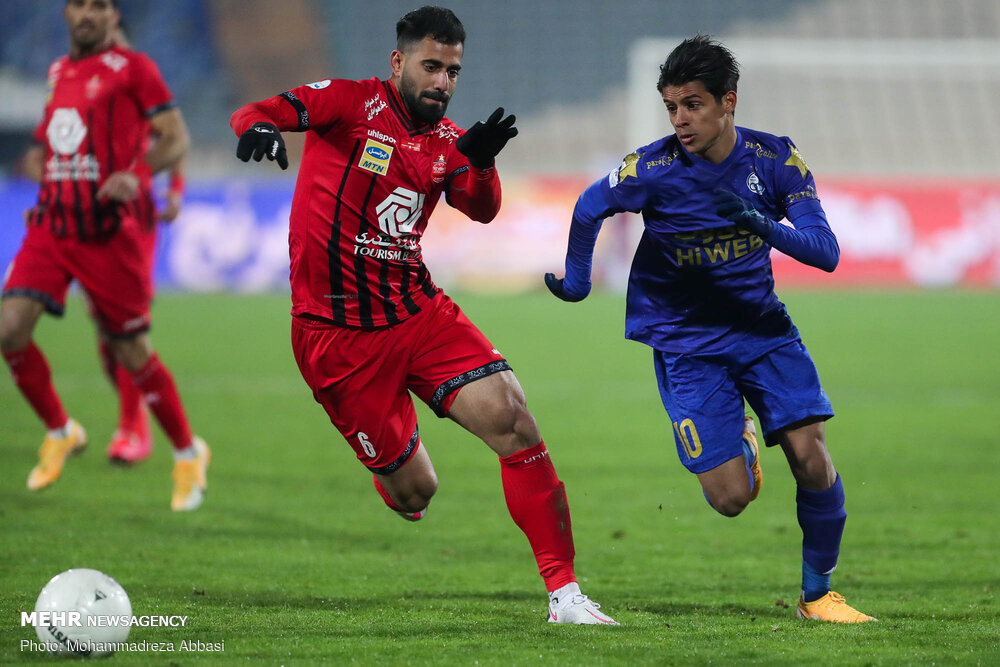 TEHRAN – The Iranian member of the AFC’s Technical Study Group (TSG), Dr. Asghar Maziar, thinks that the latest Tehran derby was a better match compared to the previous meetings between Esteghlal and Persepolis in recent years.

The two Tehran giants shared the spoils in a 2-2 draw in Iran Professional League (IPL) on Monday.

“Technically speaking, it was a much better match than the previous Tehran derbies. Both of the teams tried their best to play football not to defend and just think about getting points. Of course, the players of both teams, as well as their technical staffs, had some mistakes but neither team aimed to destroy the opponents’ game, rather they just thought about their own performance and it was a good point,” said Maziar in an exclusive interview with Tehran Times.

The Iranian experts also spoke about the result of the match.

“If we take the possession rate and the opportunities of the teams into account, we can say that the 2-2 was not a fair result. However, both of the teams had some mistakes regarding the squad selection, the substitutions during the game, and the tactical approaches. So, when we think about the mistakes of the teams, it cannot be an unfair result!

When asked about the substitutions made by the coaches of Esteghlal and Persepolis, Maziar pointed to the one made by Mahmoud Fekri, Esteghlal head coach.

“I think it was not the best idea to take Ahmad Mousavi, the right-back of Esteghlal, out of the game because this replacement reduced the offensive power of Esteghlal from the right side,” he said.

Persepolis head coach, Yahya Golmohammadi, harshly criticized the board of directors of the Red club for letting the key players leave the team. On the other hand, Voria Ghafouri, Esteghlal captain, attacked the managers of the club for their failure to fulfill their financial commitments.

Maziar believes that such problems must be resolved inside the clubs.

“To announce and talk about such problems will not help the situation reforms. Besides, these kinds of issues should not affect the performance of the teams inside the pitch. Personally, I do not consider these kinds of criticism of the club’s management in the media to be a logical way for solving the problems,” he concluded.