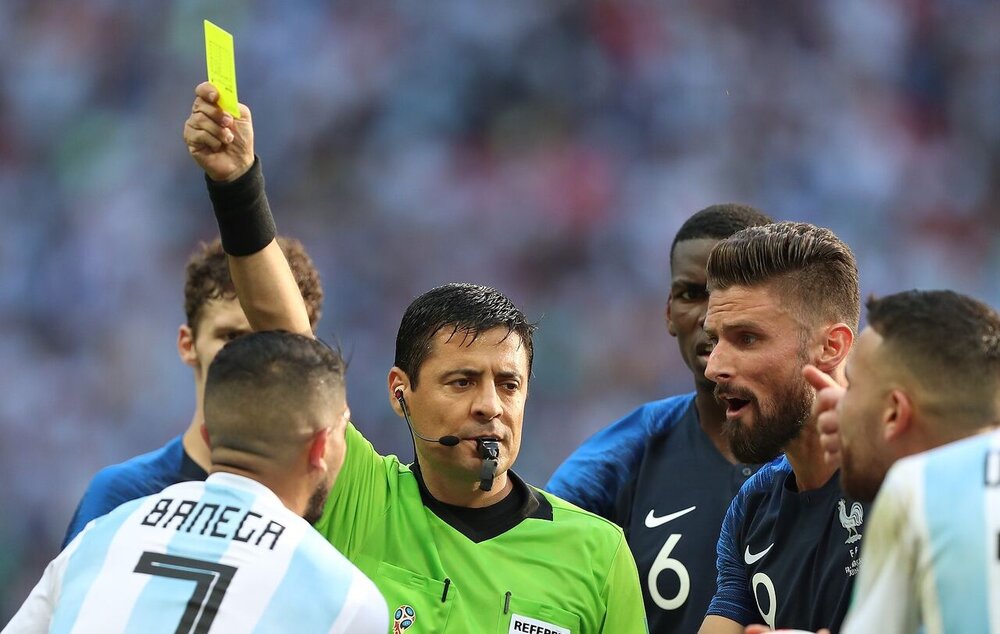 TEHRAN – Iranian referee Alireza Faghani is among the 19 best men referees of the 2011-2020 decade.

The IFFHS has devised an equitable method for determining THE WORLD’S BEST MAN REFEREE OF THE DECADE 2011-2020. The Federation has taken in consideration the TOP 20 of each yearly ranking of each category concerned and allocated points to each place. So, the first placed received 20 points, the second placed 19 points, the third placed 18 points …. And one point for the 20th place. If the annual ranking comprised fewer than 20, no point will be awarded for the unoccupied places.

Adding the points from the individual years provides a World Ranking for the Period 2011 – 2020.

Germany’s Top Referee Felix Brych is The World’s Best Man Referee of the Decade. The 45 years old Brych, who was one time The World’s Best Referee of the year in 2017, is known for his regularity (second in 2019 and 2020, third in 2014, fourth in 2013, 2015 and 2018), so he became a deserved winner with only one point more than Cuneyt Cakir from Turkey and eight more than Netherland’s Bjorn Kuipers. Two Referees with a regularity and a personality in the same way.

Faghani has been recently chosen as the best Asian referee by the IFFHS.