TODAY'S ALL NEWS
Previous Breaking: Washing machine manufacturing rises 59%
Next Breaking: Annual export to Afghanistan expected to reach $5b in next calendar year

Breaking: No ETs here, only Americans 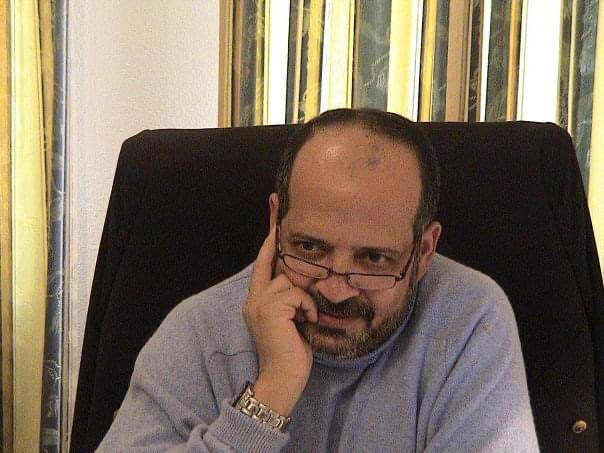 Breaking: No ETs here, only Americans

Recently I dug out an old document I wanted to read again. I fished it out from under a pile of other old material I had printed and saved. Perhaps for posterity.

Traveling with my new “mobile” library, or what’s remaining of it, courtesy of war-torn Yemen, I particularly wanted to read pages that scared the hell out of me when I first read them, and my hand-written comments on the margins. Twenty years ago.

I found it. Dusted it, trying hard to breathe as I did.

“Project for the New American Century”. It was not created by your regular Joe Six Pack. But by some of the top names that controlled U.S. foreign and military policy for decades and then went on to start major overseas wars when they came to power, during the George Bush administration, who also lost the popular vote and was then declared the winner by the U.S. Supreme Court. That was also another drama that eventually ended in tragedy. Thanks to “Project for the New American Century”.
You should read that document. Especially now. Nothing could be more relevant.

Emmanuel Macron told us that what we saw in Washington is not American. No, Mr. Macron, as in many other things, you are again wrong. You should really stop making silly comments on world politics. What we saw was very American. I don’t know what you were reading or observing or doing 20 years ago. But I saw it all. Blatantly. There were no ETs (extra-terrestrial) therefrom outer space on that Washington DC day. The politicians and the rioters, or insurgents or protesters or any name that takes your fancy, in fact, the entire nation that brought those events, is very American. As American as a hot dog.

Macron and the rest of the hypocrites are not doing Americans a favor by misleading them. And the sooner Americans realize that and start soul searching and a serious attempt to change, the better for them.

If Trump’s presidency is remembered only by its thuggery and ignored for having exposed and brought to light that American political character, then the opportunity for change will have been wasted.

“Trump was not a problem. Trump was the result of the problem. Left unattended, there are many Trumps waiting in line.”
I have been endlessly pointing out the dangers of American politics. Not because I am an enemy of Americans, but because I wanted to warn against the enemies of Americans, foreign and domestic, who led and also gave Americans a false sense of exceptionalism, and did so with destructive consequences. All the time exploiting and enriching themselves by the ignorance they created among a population kept busy by Hollywood’s fantasy of Capt. America and Superman flying around to save the globe. And the notion that any U.S. president automatically is the “most powerful man in the world”, ignoring the reality that their “most powerful man” is in fact presiding over a nation with dangerous internal weaknesses and cracks that renders the nation’s long term viability vis-a-vis its global competitors, questionable.

While Macron, due to his inexperience and naivety, can be excused for his thinking, it is the American media’s expression of shock which is all the more dangerous. The American media seems to be determined to hold its deceptive narrative despite developments many of us outside America, and many inside knew were ultimately coming and have warned about. The danger that America could become another Nazi state is something many of us have seen coming for a long time. Blind loyalty to a political elite that is driving your country over the cliff is hardly an act of patriotism. It is foolishness that might even border betrayal to the very oath of allegiance one has taken. And that difference, sadly, is what many Americans have failed to distinguish. And in the process have become bystanders or, worse in servitude of some of the biggest horrors the U.S. political elite has presided over, foreign and domestic.

It probably took the wizardry of one, Vladimir Putin, to bring about that hard truth to Americans and show them the many cracks that exist in the glasshouse. If Americans don’t quickly wake up to fix the cracks and mend the weak joints, that house will quickly crumble. And it won’t be the first big cookie to crumble.

Joe Biden, at long last, got his chance to be president. Kamala Harris to be the first woman, and of an ethnic minority at that, to be vice president, and in all probability, very soon, if wisdom prevails, to replace the old and haggard Biden. Had it not been for their abysmal predecessor, election history tells us they would have failed, again, to reach the top job. The two are winners by an accident of circumstances. They should use their opportunity well. They have their jobs cut out for them.

And if wisdom also prevails, the new administration, headed by Biden, who belongs to the generation of foreign adventurism and invasions, will use its entire energy fixing the many dangerous domestic cracks and crises the Trump era brought to the surface. Remember, Trump was not a problem. Trump was the result of the problem. Left unattended, there are many Trumps waiting in line. And the next one might be shrewdly more attractive and more dangerous and able to garner a bigger following, with catastrophic consequences. Consider these numbers. Seventy-four million Americans voted for what Donald Trump represents. About 21% of Americans overall and 45% of Republicans polled, supported the attack on the Capitol building.
https://today.yougov.com/topics/politics/articles-reports/2021/01/06/US-capitol-trump-poll

The need for housekeeping has never been greater. If it is to survive as a nation, if it is to remain intact as a federation between the angry states, America must cease to exist as an interventionist world power. That era, thanks to Trump, and probably Putin, has ended. And good riddance too. Not just us, but Americans themselves must say that too. This is not a piece writing America’s obituary. Not at all. I am saving that for if, hopefully not when, America fails to take an inward look and change its ways. We still need a bi or even multipolar world. But only one led by wise leaders. This brings me to China. A sore spot for many Americans. But here is the reality.

China, as the global power that has won, thanks to Trump’s MAGA, will have to learn from its predecessor’s many follies. As it continues to pick up the pieces, we should not bank on the mercifulness of Chinese policy. We have long learned that mercy and politics are not synonymous terms. But we can, from what we have seen, so far, bank on China’s wisdom, political maturity, and strategic thinking. In China, those are synonymous. It is unlikely that we will see trigger happy thuggery and military invasions as China continues its dominance of the world. So far, China is expanding through “The Belt and Road Initiative”, through water wells, through hospitals, through bridges, and the export of Made in China. The type of invasions that do not bring about the death of a million people in one country. Nothing that reduces the consuming population of the places China invades. I call that brilliant business sense!

In our region, Iran and Turkey have the opportunity of emerging as the uncontested regional superpowers. After Turkey’s victory in Libya and in the Azerbaijan-Armenian wars, which also underline Turkey’s successful political and strategic thinking, we must now insist on a greater political and strategic alliance between Turkey and Iran, divorced from petty sectarian ideology prevailing on the Arab side of the region. The issues facing us are political and economic, not religious or sectarian. Our management of those issues should also be political and economic, leaving religion out of the equation. The two regional powers, Turkey and Iran are now uniquely positioned to use their joint muscle in resolving and putting off the fires that burn Yemen, Syria, Iraq, and other parts of the region, where both are actively engaged. With Egypt and Saudi Arabia losing the priority attention of the U.S., under a domestically focused Biden administration, and also the apparent recent moves by both to start stepping away from their anti-Turkey rhetoric and belligerency, there is even greater opportunity to bring about inclusive substantial, and real changes to the region’s political landscape, beyond the superficial shifting of alliances seen from the recent GCC summit of the Saudi Qatar reconciliation. Going forward, the decline of American influence in the region offers the long-awaited opportunity for regional superpowers to create security arrangements that can check mischievous regional players, some of who historically depended on what will now, inevitably, be the declining international role of American power.

Whenever a major power starts to decline, there are global winners and losers. The West won after the Soviet Union declined then disintegrated. But failing to properly manage the advantage, and clearly outsmarted by Putin, the West faced a pushback it couldn’t stop. Hopefully, the global players winning from the American decline will do a better job of taking advantage and correcting the imbalance for longer. What brought about America’s current predicament is its trigger happy global mindset and behavior which infected its domestic mindset and behavior. Or perhaps it was the other way around, seeing its 200 years plus history. What could keep the next one longer on top is to understand that trigger-happy policies don’t create friendships nor build mansions and certainly, neither do they, ultimately, win wars.

Although President-elect Joe Biden has appointed a foreign and military affairs team of like-minded foreign adventurists, the reality is that the past four years have exposed how weak and cracky America is internal, despite its global muscle-flexing. If this weakness is not resolved to start with the Biden administration, these cracks will be exploited by America’s adversaries and that country will ultimately be made to disintegrate. It happened before. And Putin is not bluffing about what he intends to do against those who helped the Soviet Union disintegrate. The world reaction to the past four years and to the most recent events shows Americans how they are truly viewed by most of the world, even their own allies. To blame it all on Trump is another self-deception that ignores decades that created the current cracks, including those that brought Trump to power. There are lessons to be learned here and mending to be done, big time. And foreign adventurism, one of the major reasons for America’s current pass, will be deadly for America if it is still continued.

Joe Biden recently promised that America will soon be ready to lead the world again. That smells of adventurism America cannot afford and the world should reject. No Mr. Biden, just lead America, please. There’s enough cleaning needed in your own backyard to last several lifetimes. MAGA can still be the mantra. But only for building America within. The days of global muscle-flexing and “Project for the New American Century” must end and be replaced by “Project to Save America from disintegration”!

And if, instead of mending themselves in the broken places, Americans decide to follow Joe Biden’s promise of more foreign adventurism dressed up as leadership, or listen to Emmanuel Macron’s disillusioned version of America, well, by chance with that.

Munir A Saeed is a former president of TAWQ, a non-partisan Yemeni democratic alliance.  He currently lives in exile.