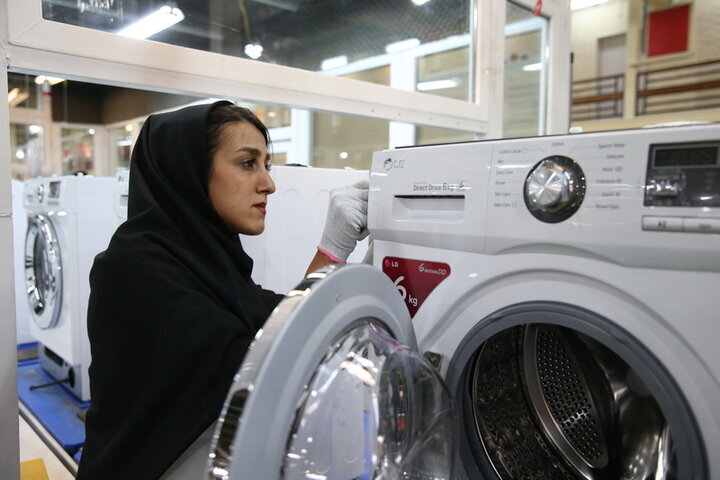 TEHRAN- Manufacturing of washing machines in Iran has increased 59.1 percent during the first nine months of the current Iranian calendar year (March 20-December 20, 2020), compared to the same period of time in the past year, according to the data released by Industry, Mining and Trade Ministry.

The ministry’s data show that 769,400 washing machines have been manufactured in the nine-month period of this year, while the figure was 483,600 in the corresponding period of the previous year.

Iran has targeted the manufacturing of 12 million sets of home appliances in the current Iranian calendar year (ends on March 20), an official with the Industry, Mining and Trade Ministry has announced.

The secretary of the Association of Industries of Household Appliances of Iran has recently said that domestic production of equipment and parts used in the home appliance industry has saved Iran $220 million.

Currently, Iranian producers have indigenized the knowledge for manufacturing 70-75 percent of the country’s home appliance needs, Abbas Hashemi said in a press conference in late December.

According to Hashemi, the Association of Industries of Household Appliances of Iran has established a parts manufacturing department, the purpose of which is to promote the position of component makers in the association to deepen domestic manufacturing of the required parts and equipment in this industry while providing a platform for home appliance manufacturers and component makers to stay connected.

Iran has various comparative advantages in this industry in terms of supplying raw materials such as steel sheets, petrochemicals, copper and brass sections, the abundance and low costs of energy and workforce in addition to the strategic position of the country, compared to other countries in the region, he said.

“So, the development of exports to countries in the region and to the neighboring countries is possible even despite the strong regional competitors,” Hashemi added.

In recent years, the Iranian government has been following a new strategy for supporting domestic production to neutralize the impacts of the U.S. sanctions while reducing the reliance of the economy on oil revenues.

The home appliances sector has not been an exemption and like many other areas, the production of home appliances has witnessed a significant rise in the past two years so that in the previous calendar year 1398 (ended on March 19, 2020) this industry’s production capacity increased by 10 percent compared to the preceding year.

Last month, the spokesman of the Association of Industries of Household Appliances of Iran said with foreign companies leaving the country’s home appliance market the production of domestic companies has increased and the unemployment rate in this sector has significantly declined.

While it was expected that the home appliance industry, like some other industries, would suffer from the effects of the coronavirus pandemic and the U.S. sanctions, the inauguration of several new projects in this industry showed that the industry is expanding strongly and moving forward, Hamidreza Qaznavi said on December 28.