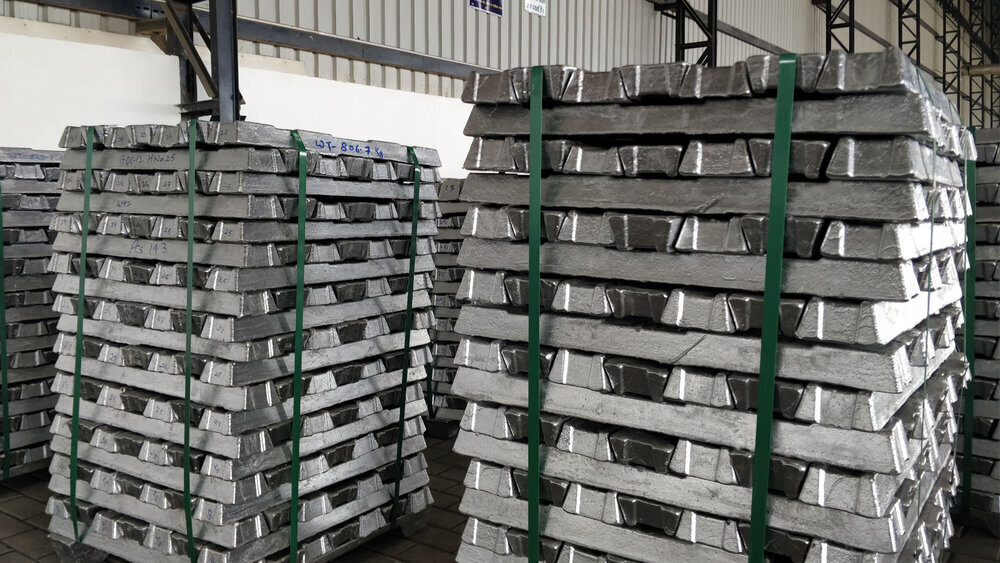 TEHRAN- Production of the aluminum ingot in Iran rose 51.2 percent during the first nine months of the current Iranian calendar year (March 20-December 20, 2020) compared to the same period of time in the past year.

The data released by the Industry, Mining and Trade Ministry show that the country’s aluminum ingot output stood at 308,000 tons during the nine-month period of this year, while the figure was 203,800 tons in the corresponding time span of the previous year.

Annual production of the aluminum ingot in the country is planned to increase 63 percent by the end of the current Iranian calendar year (March 20).

Iran’s major aluminum producers produced 275,716 tons of aluminum ingots in the past Iranian calendar year (ended on March 19, 2020), according to the data released by the Industry, Mining and Trade Ministry.

The country’s aluminum ingot production in the past year fell eight percent in comparison to the figure for its preceding year.

The data show that among the country’s top producers, Iranian Aluminum Company (IRALCO) had the best performance registering a four-percent rise during the mentioned period.

In last April, during the inauguration ceremony of Iran’s biggest aluminum production complex (in the central Fars province), the former industry minister said the country’s aluminum production is expected to be doubled with that unit going operational.

The official put the value of the Iranian mining industry’s production at about $22 billion, saying that the country is relatively self-sufficient in minerals and a great deal is also exported every year.

He went on underlying the country’s capacities in the sector, saying that Iran is ranked 18th among the world’s top aluminum producers, and with this new plant going operational the country will climb four places to stand at 14th place.”

Iran plans to reach the annual production of 1.5 million tons of aluminum ingot by the Iranian calendar year 1404 (March 2025-March 2026).