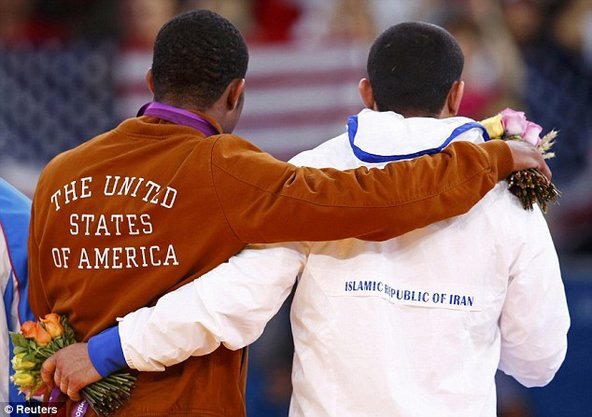 TEHRAN – Alireza Delkhosh, the director of Foreign Ministry’s Department for Public Diplomacy, says that “sports diplomacy” can reduce political conflicts and it can bring the countries closer together.

In the International Sports Diplomacy Conference held in Tehran on Tuesday, Delkhosh said the sport is an appealing concept for public and it’s easy to talk about that but reaching the goals in the field has its own complexities.

“In the contemporary history of Iran, some political conflicts have been resolved through the sports capacities. The nations, regardless of their political beliefs, stand together,” Delkhosh said.

“Diplomacy is an art and sports diplomacy means bringing the countries closer together. Regardless of anyone’s political party, race, religion or beliefs, sport is a great way to bring people closer together with any point of view,” he added.

Sport is a good way for the countries to stable their positions at the world, he added.

“The potential of sport should be actualized and it should not be limited to football. It must bring peace between nations and we should not see any challenge between the countries after the end of the competitions.

“We have to improve our relations with the other countries through the sport since it can be the voice of a nation.  We have to be able to have a greater influence via sports diplomacy, as a tool of soft power, and we can achieve political goals by sports,” Delkhosh added.

“Cultural and sports diplomacy are closely related, and if we can develop our sports cooperation with the different countries, there will definitely be a better condition for improving relational interactions,” the director of Foreign Ministry’s Department for Public Diplomacy concluded.