Breaking: George Eliot’s “The Mill on the Floss” appears in Persian 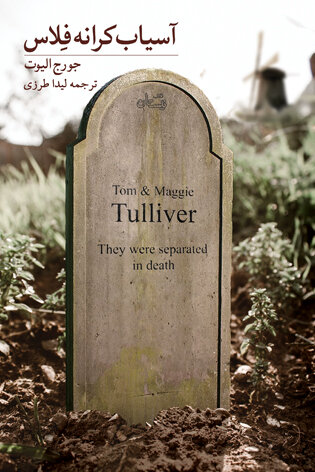 Breaking: George Eliot’s “The Mill on the Floss” appears in Persian

TEHRAN – British writer George Eliot’s “The Mill on the Floss” has been published in Persian by Neyestan Publications.

The book has been translated into Persian by Lida Tarzi.

Drawing on Eliot’s own childhood experiences to craft an unforgettable story of first love, sibling rivalry and regret, “The Mill on the Floss” is edited with an introduction and notes by A.S. Byatt, author of “Possession”.

Brought up at Dorlcote Mill, Maggie Tulliver worships her brother Tom and is desperate to win the approval of her parents, but her passionate, wayward nature and her fierce intelligence bring her into constant conflict with her family. As she reaches adulthood, the clash between their expectations and her desires is painfully played out as she finds herself torn between her relationships with three very different men: her proud and stubborn brother; the hunchbacked Tom Wakem, the son of her family’s worst enemy; and the charismatic but dangerous Stephen Guest.

Mary Ann Evans (1819-80), known by her pen name George Eliot, began her literary career as a translator, and later editor, of the Westminster Review. In 1857, she published “Scenes of Clerical Life”, the first of eight novels she would publish under the name of ‘George Eliot’.

The English Victorian novelist developed the method of psychological analysis characteristic of modern fiction. Her major works include “Adam Bede”, “The Mill on the Floss”, “Silas Marner”, “Middlemarch” and “Daniel Deronda”.

Byatt was born in 1936 and educated in York and at Newnham College, Cambridge, of which she is now an Honorary Fellow.

Her critical work includes selected essays, poems and other writings by George Eliot.

Photo: Front cover of the Persian translation of George Eliot’s “The Mill on the Floss”.