TODAY'S ALL NEWS
Previous Breaking: No. of people testing positive for UK variant of coronavirus climbs to 96 in India: Government | India News
Next Breaking: Doc “The Fourteenth Province” studies separation of Bahrain from Iran 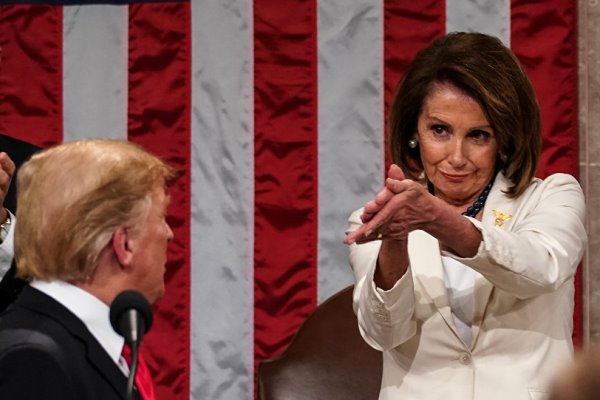 U.S. House Speaker Nancy Pelosi has stepped up the pressure on Vice-President Mike Pence to act to remove Donald Trump from office over his role in last week’s storming of Congress.

Lawmakers are expected to bring up a resolution asking Pence to invoke the 25th Amendment to declare the president unfit for office.

Mr. Pence is said to oppose the idea.

If he refuses, the House will hold a vote to impeach Trump who had urged supporters to march on the Capitol.

The Republican president has been accused by Democrats and an increasing number of fellow Republicans over the riot, following a rally in which Trump repeated unsubstantiated allegations of vote fraud. Five people died in the attack, including a Capitol police officer.

Trump has made no public statements since he was banned from several social media platforms – including Twitter – on Friday.

He is due to leave office on 20 January, when Democrat Joe Biden will be sworn is as president. Trump has said he will not attend the swearing-in ceremony.

Pelosi wrote to lawmakers saying the House of Representatives would present a resolution on Monday to formally request that Pence invoke the 25th Amendment to the Constitution, which would allow Pence to remove Trump from the White House and become acting president.

The House could vote on the resolution on Tuesday. After that,  Pence and the cabinet would be given 24 hours to act before the House’s potential move toward impeachment.

“We will act with urgency, because this president represents an imminent threat to both,” Pelosi said in her letter on Sunday. “The horror of the ongoing assault on our democracy perpetrated by this president is intensified and so is the immediate need for action.”

Although Pence has appeared to distance himself from the president by saying on Sunday he planned to attend Biden’s inauguration, there is no sign that the vice-president is prepared to invoke the amendment.

Meanwhile, a second Republican senator, Pat Toomey of Pennsylvania, said the president should “resign and go away as soon as possible”, joining Lisa Murkowski of Alaska.

According to BBC, in a separate development, First Lady Melania Trump, who rarely makes public comments about political events, condemned Wednesday’s violence, saying the “nation must heal in a civil manner”.

“I implore people to stop the violence, never make assumptions based on the color of a person’s skin or use differing political ideologies as a basis for aggression and viciousness,” she said in a statement called Our Path Forward released by the White House.