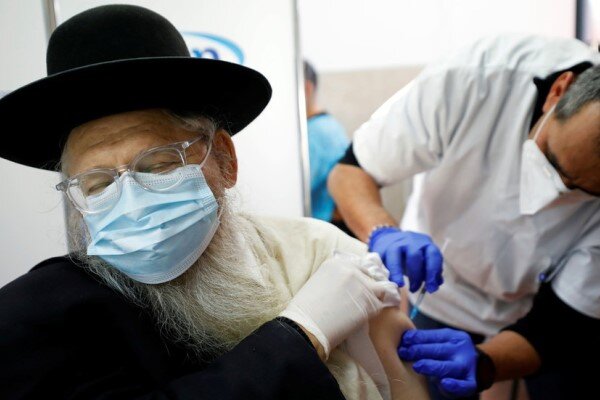 More than two-thirds of the 15 million coronavirus vaccines shipped within the U.S. have gone unused, U.S. health officials said.

According to Irish Times, in response, the governors of New York and Florida have vowed to penalize hospitals that fail to dispense shots quickly.
In New York, hospitals must administer vaccines within a week of receiving them or face a fine and a reduction in future supplies, governor Andrew Cuomo said, hours before announcing the state’s first known case of a new, more infectious coronavirus variant originally detected in Britain.
“I don’t want the vaccine in a fridge or a freezer, I want it in somebody’s arm,” the governor said. “If you’re not performing this function, it does raise questions about the operating efficiency of the hospital.”
New York hospitals on the whole have dispensed fewer than half of their allocated doses to date, but performance varied from one group of hospitals to another, Mr. Cuomo said. The NYC Health + Hospitals system, the city’s main public hospital network, has only administered 31 per cent of its allotment, compared with 99 per cent for a few private hospitals in the state.
The U.S. Centers for Disease Control and Prevention (CDC) reported an even lower vaccine uptake for New York overall, saying fewer than one in five of the 896,000 doses shipped to the state since mid-December have been given.
In Florida, where officials have put senior citizens ahead of many essential workers for getting the vaccine, governor Ron DeSantis announced a policy under which the state would allocate more doses to hospitals that dispense them most quickly.
Meanwhile, in a tweet on Friday, U.S. President Trump said the states were to blame for the slow start to inoculating Americans, after the federal government’s “successful and very large scale distribution of vaccines.”
The Trump administration had said 20 million people would be vaccinated by the end of 2020. The figure was closer to four million.

In a notable development, two weeks after getting a first dose of a Pfizer COVID-19 vaccine, a 56-year-old American doctor in South Florida has died, the US media have reported.
Dr. Gregory Michael, a Miami-Beach obstetrician, was in good health, the Sun-Sentinel reported.
Health officials from Florida and the Centers from Disease Control and Prevention (CDC) are investigating whether the vaccine played a role in his death, which possibly is the country’s first death linked to the vaccine.
The doctor (pictured below) received his first dose of the Pfizer-BioNTech vaccine on December 18 at Mount Sinai Medical Center, according to his wife, Heidi Neckelmann.
Small spots began to appear on his feet and hands after three day and he went to the emergency room at Mount Sinai, where he has worked in private practice for 15 years, according to reports.
According to his wife, Michael’s blood count was far below normal ranges, and he was admitted to the intensive care unit.
Doctors tried for two weeks but could not raise Michael’s platelet count. “Experts from all over the country were involved in his care,” she wrote. “No matter what they did, the platelets count refused to go up.”
Michael was “conscious and energetic” through the process, but just days before a last resort surgery, he suffered a stroke and died.
Michael’s wife said that he spent the pandemic delivering hundreds of babies and was a COVID-19 vaccine advocate.
After quick vaccine, Israel faces new virus woes
Israel imposed a tighter lockdown as coronavirus infections soared, the variant spread, vaccines were running out and a debate erupted over the country’s responsibility to the Palestinians.
According to New York Times, Israel faces a tightened lockdown as infections have spiraled to more than 8,000 new cases a day, officials fear the more transmissible variant of the virus first identified in Britain is spreading rapidly and Israel’s vaccine supplies are running low.
The prospect that Israel would have the virus under control by spring, once promising, now seems uncertain. Health officials say that in the short term, at least, the vaccine campaign cannot compete with the soaring infection rates.
And the Palestinian Authority, which runs its own health care system in the occupied West Bank, has asked Israel for vaccines, prompting a debate over Israel’s responsibility to the Palestinians at a time when Israel’s vaccine supplies are dwindling.