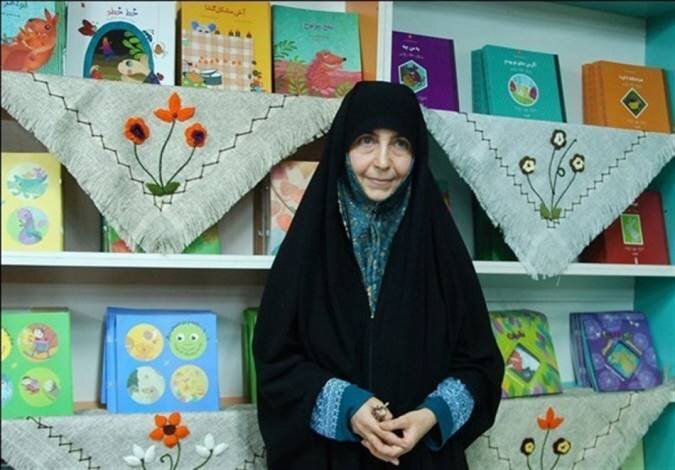 TEHRAN – Tehran-based French writer and illustrator Claire Joubert was honored at the 11th edition of the Ammar Popular Film Festival on Friday.

Joubert received the Nane Esmat Gloves, a special award of the festival, during a meeting held earlier during the closing ceremony of the festival, which was covered by IRIB’s Ofoq Channel.

Joubert has written several books in Persian, including “In Search of God”, “God’s Cookies”, “Goodbye, Old Raccoon”, “The Little Mouse’s Prayer”, “The Stories of the Little Green Lizard” and “The Most Trustworthy Friend”.

Joubert was born in Paris in May 1961. She was brought up in a Christian family. She converted to Islam at the age of nineteen and immigrated to Iran when she got married.

She illustrates her stories herself. With a cursory look at her works, one can easily perceive her preoccupation with issues such as faith and religion, identity, children’s relations with their surroundings, etc. Most of the writer’s works are for primary-age children.

She is also interested in doing research on children’s literature and philosophy for children. She writes both in Persian and French and has published some French books in Lebanon and France, but her preference is to write in Persian.

Film producer Mahmud Razavi was next honored at the Ammar festival. He is the producer of acclaimed movies such as “Blood Trap” and “Standing in the Dust”.

The Golden Lantern for Best Documentary on National Memory was awarded to “Fourteenth Province” by director Mohsen Karimian.

The Golden Lantern for Best Documentary on Social Monitoring and Refinement was also given to “Qezel Qaya” by Siamak Mokhtari.

Due to the COVID-19 pandemic, all screenings streamed online through the Ammaryar platform.

A selection of 17 films was screened in the official competition.

Established by a number of Iranian revolutionary figures, the Ammar Popular Film Festival has been named after Ammar Yasir, a close companion of Prophet Muhammad (S).