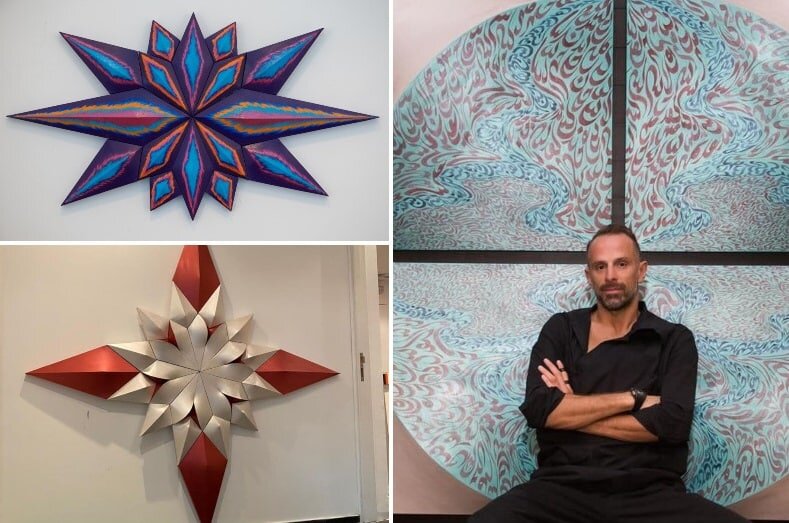 TEHRAN – “Presence of the Future”, a solo exhibition of Iranian mixed media artist Peyman Sha’afi will open on Monday at the Tabari Artspace, a modern art gallery in Dubai.

In a statement published on its website, the gallery wrote, “Amidst the ongoing moment of the pandemic, Sha’afi has returned to the purity of geometric patterns and their structures of strict mathematical precision in order to make sense of his chaotic reality.”

“He conflates cosmic energy flows with the satisfying order that geometric rhythms propose in order to form a fresh space grounded in positivity.

“The selected works, which span pen and ink sketches and 3-dimensional canvases, form an enriching enquiry into the relationships shared between geometry, astrology and materiality.

“The artist’s modular works on canvas are rooted in his preoccupation with geometric shapes which have been taken as a symbol of universal harmony across cultures. Observing the world through the interpretive systems of both Western and Persian astrology, Sha’afi regards the universe with awe.

“Sha’afi looks to the future-seekers of the past, such as Nostradamus to better know the shape of the future. Drawing from this wisdom, the artist maintains that the unprecedented patterns in the skies of the present have given way to the unchartered changes in 2020 which we have begun to witness.”

The exhibit will be running until February 15.

Sha’afi currently lives in Paris. He has been working on Persian calligraphy, having created new forms of nastaliq style of calligraphy. His interest in geometrical forms and shapes reflects his new approach to art.

Photo: A combination photo shows Iranian artist Peyman Sha’afi and a number of his artworks.