TODAY'S ALL NEWS
Previous Breaking: NDF to inject over $595m into the stock market by late March
Next Breaking: Nadda in Bengal to launch BJP programme to woo farmers | India News 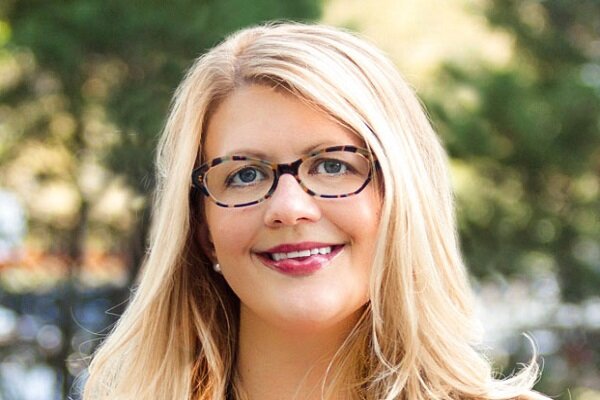 TEHRAN – An American terrorism researcher describes the reaction of social media like Twitter as double-standard when it comes to U.S. internal integrity.

“The concept of ‘American Exceptionalism’ seems to obscure the glaring reality of our hypocrisy,” Mila Johns tells the Tehran Times. “It is 100% a double standard.”

However, Johns believes that “Twitter’s move to block President Trump’s account on that platform was certainly welcome, but it’s far too little, far too late.”

The U.S. Capitol descended into chaos and violence Wednesday as hundreds of pro-Trump rioters swarmed the building, leaving four people dead and forcing the Senate to evacuate and Vice President Mike Pence to be ushered to safety.

The rioters attacked Capitol after provocations by Trump, who keeps claiming vote-rigging. Through incitement of his loyalists, Trump was seeking to reverse the result of the November 3 elections.

The frenzied scene after rioters broke through barricades forced Congress to evacuate parts of the building and abruptly pause a ceremonial event affirming that President-elect Joe Biden won the November election. In one dramatic moment, police officers drew guns as rioters tried to break into the House chamber.

After the U.S. Capitol attack, the social network had originally imposed a 24-hour ban.

Twitter said that it would ban Trump “permanently” if he breached the platform’s rules again.

The following is the text of the interview with Mila Johns:

Q: How do you assess the recent events in Washington as pro-Trump protestors stormed the Capitol building? Is that a peaceful protest or a violent one?

A: The “Save America” rally on the Mall and in front of the Capitol building started out peacefully; sadly it didn’t stay that way. The rioters refused to acknowledge and respect the security boundaries set up along the Capitol’s perimeter, even in the face of orders to disperse and the use of tear gas. However, up until the rioters began breaking windows and forcing their way inside the building, there’s at least a theoretical argument that could be made that such activity, whilst legally trespassing, mounded to civil disobedience. It was when the destruction of the property began (shattering windows and glass, ripping the Speaker of the House’s nameplate from the wall, etc.) that the line into violence was firmly crossed. Notably, the rioters also used chemical irritants or tear gas that they brought with them against the security forces, a significant difference in behavior than that of the Black Lives Matter protests over the summer.

A: Twitter’s move to lock President Trump’s account on that platform was certainly welcome, but it’s far too little, far too late. A 12-hour ban may have helped calm inflamed passions at the moment, but unless consistent and meaningful changes are made to ensure that the president is helping to the same Twitter standers as other users, it was the equivalent of fighting a forest fire with a super soaker water gun and expecting it to have any real impact.

Q: It is notable that the U.S and its social media platforms support and cover any protest (peaceful or violent) all around the world, but when it comes to U.S. security these platforms and American institutes call for limitations and restrictions. Isn’t that a kind of double-standard?

A: It is 100% a double standard. The only explanation – and by no means is it an excuse or justification – is that the concept of ‘American Exceptionalism’ seems to obscure the glaring reality of our hypocrisy.

Q: Is there any mechanism in the American constitution to prosecute a president who violates the law?

A: I’m not an expert on federal law, but presidents enjoy immunity for the vast majority – if not all – of their actions taken in discharging their duties as the head of the executive branch.

Q: The Democratic Party of U.S. President-elect Joe Biden is on the verge of taking control of the Senate. Do you expect this victory will lead to a change in U.S policies, especially in foreign policy areas?

A: I do expect to see changes in American foreign policy under a Biden presidency and a Democratic-controlled Senate. I am delighted that Biden supports a return to the Iran nuclear deal and that a top priority for his incoming administration is to focus on ending the war in Yemen.

I believe Biden will make restoring America’s international relationships and reputation a key focus and having a Democratic-led Senate will make that far easier than it would be if the Republicans controlled that chamber. That said, I’m very much a realist and the horse-trading that is par for the course in the Senate isn’t going to change, which means Biden’s domestic policy agenda will still face a tough road in Congress’ upper house.

Q: How do you assess police’s behavior after rioters stormed the Capitol in comparison to their performance in the summer protests? Was the Insurrection Act applicable?

A: Again, as federal and constitutional law are not my areas of specialty, I can only say that while the Insurrection Act may have been applicable, there has been a concerted effort by DOD leadership since this summer to avoid going down that road.

But as to the differences in policy (Capitol Police, Park Police, Metropolitan DC Police, etc.) responses to the BLM protests over the summer and those of storming of the Capitol building, they can only be described as the protectiveness of White Privilege on full display.

When a multi-ethnic group of citizens peacefully protesting in Lafayette Square can be tear-gassed, shot with rubber bullets, and beaten out of the way in order for the president to stage a photo op at a church, while an overwhelmingly white group of rioters in body armor are allowed to deploy their own chemical irritants against police as they storm and deface the Capitol building during a session of Congress…The optics alone tell the story better than I ever could.