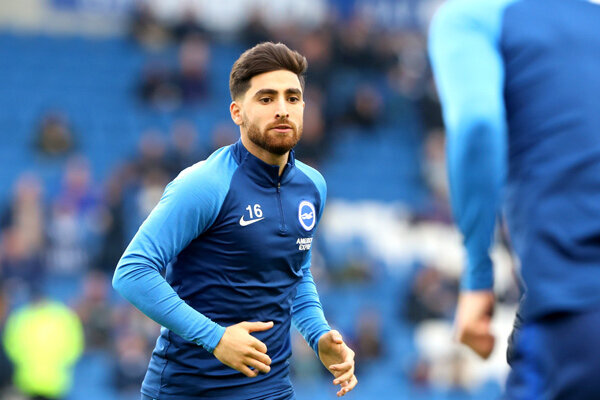 TEHRAN – Iranian international winger Alireza Jahanbakhsh says that he has to play a lot more at Brighton.

Jahanbakhsh was quoted in Iranian media this week complaining about his lack of opportunities and claimed conversations that convinced him to stay last summer were “better than what actually happened.”

The 27-year-old has struggled to force his way into the starting line-up this season and the arrival of Percy Tau has increased speculation on Jahanbakhsh’s future, brightonandhoveindependent.co.uk reported.

“One of the reasons I stayed was because I knew I would have a different season ahead of me. I had good offers in the summer, but in the end, after talking to the head coach and the club manager, they asked me to stay anyway and promised that things would get better,” Jahanbakhsh said.

“I started two or three games from the beginning but I told them that this did not satisfy me. I was both satisfied and dissatisfied with my situation this season. The conversations that convinced me to stay were better than what actually happened,” he added.

“Every time I went on the field, I was influential considering the time I was on the field, and I had an acceptable performance compared to the other players with more time on the field. The chances I created were very obvious. I am at a time when I have to play a lot more and have better conditions,” Jahanbakhsh stated.

Brighton may well need Jahanbakhsh in Newport but if an offer arrives, this could also be the month where Brighton decide to cut their losses on what has been a frustrating signing for club and player.