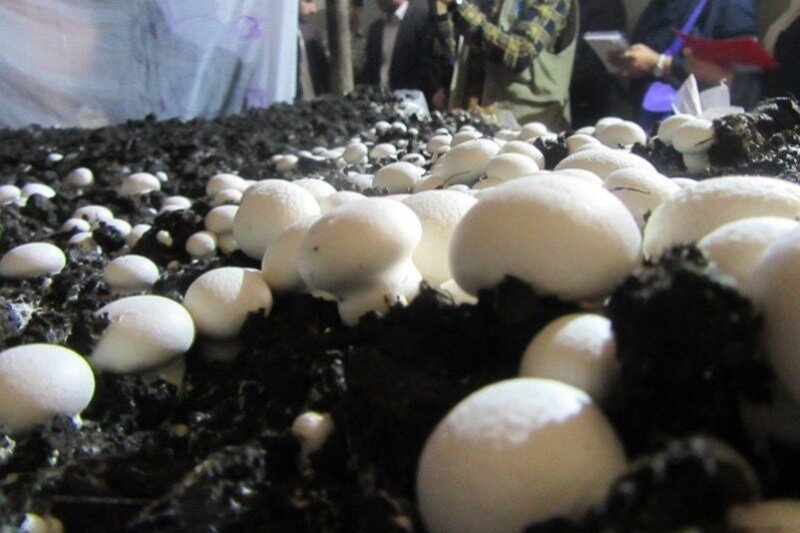 TEHRAN – Some 180,000 tons of mushrooms are estimated to be produced in over 900,000 hectares of farms during the current Iranian calendar year (ends on March 20), deputy head of the Ministry of Agriculture’s Greenhouse, Medicinal Plants and Edible Mushroom Affairs Bureau said.

Last year over 170,000 tons of mushrooms were produced in about 860,000 hectares of farms in various provinces across the country, Elham Fatahi-Far told IRNA on Saturday.

According to Fatahi-Far, about 6,000 tons of edible mushrooms worth $8.7 million were exported to other countries including the UAE, Iraq, Kuwait, and Russia during the previous Iranian calendar year (ended on March 19, 2020).

Back in October 2019, Mohammad Hassan Afshar, chairman of Mushroom Growers Union had said that Iran is the world’s sixth-biggest edible mushroom cultivator.

Currently, there are 900 edible mushroom producers in Iran, providing jobs for more than 10,000 people, he said.

Currently, more than 20 types of mushrooms are commercially cultivated worldwide, with China, the U.S., the Netherlands, France, and Poland being the biggest producers.

Per capita mushroom consumption in Iran stands at 1-1.2 kilograms, lower than the global average of two kilograms and Europe’s average of four kilograms.