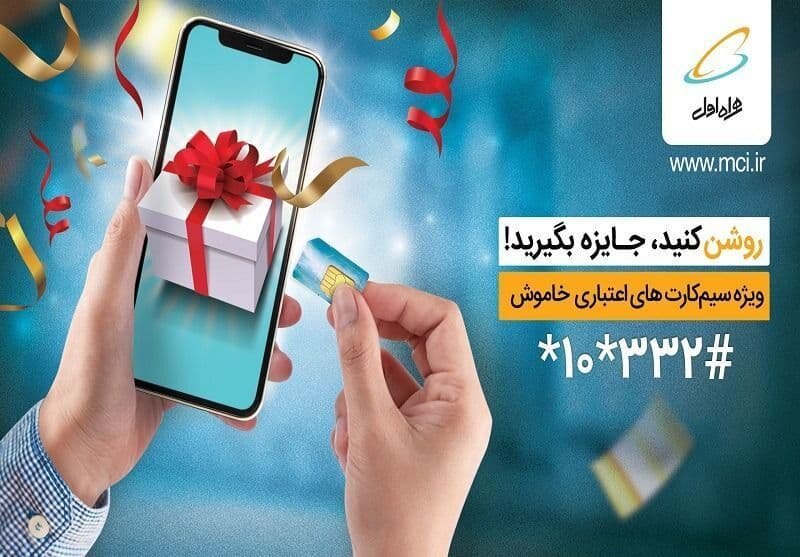 Subscribers of 1st Operator (HAMRAHE AVAL, MCI) will be awarded with a special prize by turning on the credit-based SIM card of the company which have been off for more than three months.

· Receiving prize will be possible after turning on the SIM card by dialing the Command Code as follows, “*10*332#”.

· Turn-off SIMS cards with more than three months of non-operation, if not being use and not turning on, will be put in the process of deprivation of score according to the regulation approved by Communication Regulatory Authority (CRA).