Breaking: Will the Deal of Century include Indonesia? 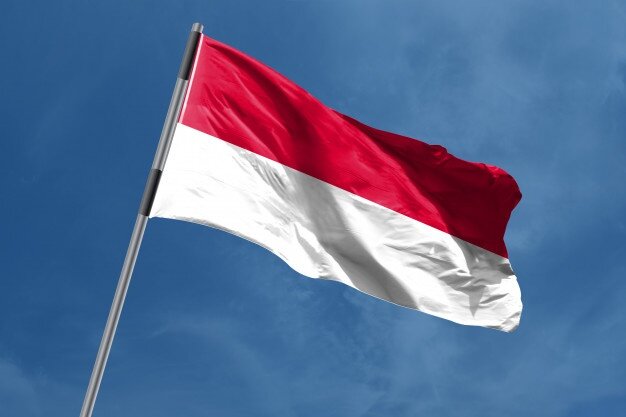 Breaking: Will the Deal of Century include Indonesia?

Over the past half a century, presidents of the United States have regularly assured American Israel Public Affairs Committee (AIPAC) at annual meetings of Washington’s commitment to the Zionist regime’s values. To that effect, efforts to help the Zionist regime reach sustainable security constitute a principled policy of Washington.

Nonetheless, under President Donald Trump, these efforts were significantly different. By signing the “Deal of the Century” before cameras, Trump pretended to be a pragmatic president with regard to the security of Israel through mediating peace between Israel and Muslim nations. He had from the very beginning focused specifically on a handful of Muslim nations.

Shortly after signing the Deal of the Century, Trump delivered on his pledge. He officially gave the go-ahead to the process of normalizing ties between Muslim nations and the Zionist regime.

From the day the Deal of the Century was signed until normalization agreements between the Zionist regime and several Muslim nations, an opportunity might have been provided to assess the public opinion in these countries and of course the firm determination of their governments for normalizing ties in view of the materialization of the “Deal of the Century” project initiated by the U.S.

Currently, despite sporadic oppositions across the Muslim world, the Deal of the Century project has taken some steps forward. The United Arab Emirates (UAE), Bahrain, and Morocco are the three Muslim nations that have normalized relations with the Quds occupying regime. However, we have to look into the future of the Deal of the Century.

The Republic of Indonesia is the largest Muslim world and the third biggest democracy in the world. After living for centuries under occupation, colocalization, and exploitation by the Dutch, the Japanese, and the Americans, Indonesia is close to marking the 75th anniversary of its independence.

Living under colonialism, the Indonesian youth sacrificed their lives to achieve independence in 1945. That taught Indonesian Muslims helpful lessons which are symbolized in the country’s Constitution and more importantly in Indonesia’s five major principles.
Now we intend to test the waters for Indonesia to see if it can join the Deal of the Century and sign normalization or peace deals with the Zionist regime.

A flashback to the black period of colonialism in Indonesia can serve as the first clue to this enigma. The history of the Kingdom of Srivijaya in Indonesia was millennia-old. Alas, it was seized in the 15th century by the Portuguese. Two centuries later, Britain and the Netherlands dominated Indonesia, leaving tragic disasters behind. That was when Indonesia was renamed the East Indian Company.

History witnesses that the Dutch spilled too much blood in Indonesia to establish their own regime there. Badung, Bali, and Java still remember the horrible Dutch massacre of Indonesians with no mercy for women and children. After the Netherlands, Japan occupied Indonesia while World War II was underway. Then, it was the Americans’ turn to run Indonesian affairs following their victory in the war.

Although the U.S. dominance of Indonesia was short-lived and the country braced for independence, the U.S. maintained its secret clout with Indonesia’s policy, which resulted in the mass deaths of three million Indonesians under the pretext of a Communist coup.
Recently declassified CIA documents show that the intelligence agency was, directly and indirectly, involved in the coup and the subsequent carnage of Indonesians.

It may be said that Indonesia is a large country in the world to have felt the life under occupation and suffered massive deaths committed by colonialist powers.

That is exactly why from the very outset of the Indonesian National Revolution, independence leaders pursued the five basic principles of Indonesia’s independence as the most significant independence document and future strategy for the country, calling for just life for all human communities.

As soon as Indonesia declared independence, the country faced serious political tumults. In 1998 Indonesians had to adopt fundamental reforms, known as reformasi. The reformasi brought once more Pancasila to the fore and resulted in a more forceful implementation of Indonesia’s Constitution.

In fact, reformasi laid emphasis on major and principled policy lines of Indonesia and their implementation by people, a policy line whose main focal point was administration of justice in all human communities and clear dismissal of colonialism and exploitation all across the globe.

Indonesian governments have since remained faithful to Pancasila and the Constitution. Wherever people have seen any non-compliance with laws they have taken action against their governments.

“Independence is the right of every nation. Occupation must be abolished in the world because it does not comply with humanity and justice.” That is how Indonesia’s Constitution begins. Therefore, Indonesia has always pursued an independent line vis-à-vis colonial issues in the world because it is a founding nation of the Non-Aligned Movement (NAM) and has always adopted a principled and anti-occupation position vis-à-vis the Zionists’ occupation of Palestine.

The administration of Susilo Bambang Yudhoyono (SBY) from 2004 to 2014 adopted very tough stance against the Zionists. That is while Indonesia has always faced harsh criticism from the U.S. because of its anti-Zionist stance. On the other hand, Indonesia’s anti-colonialist policy has not been limited to condemnations and political statements. Indonesia has largely helped residents of Gaza and the West Bank. Construction of several hospitals in Palestine, funded by Indonesian government and charities, is a case in point.
Under President Joko Widodo, Indonesia has pushed ahead with its anti-colonialist policy – as stipulated in the Constitution – since 2014.

Indonesia has hitherto paid a heavy price because of its faithfulness to the Palestinian cause and its efforts to resolve the issue of the Israeli occupation of Palestine. At political forums and the UN General Assembly, it openly opposed the U.S.’s declaration of al-Quds as the capital of the Zionist regime.

Indonesia’s adoption of an independent policy and support for Palestinian people has not pleased some nations, particularly Australia, leading to a verbal row between the two nations. Indonesia even threatened to sever ties with Australia, saying supporting the Palestinian cause was a principled policy of Indonesia and objecting to Indonesia’s pro-Palestine policy amounted to interference with its domestic affairs.

Will the Deal of Century reach Indonesia?

In light of the Indonesian Muslims’ support for the Palestinian cause and objection to the Zionist regime’s occupation as well as crimes committed by the regime in Gaza and the West Bank, the issue of normalization of ties between Indonesia and the Zionist regime seems to have no real standing and is just mere speculation. Economically known as the Tiger of Southeast Asia, Indonesia does not depend on the so-called American-Zionist aid. Furthermore, the Indonesian government has shown that it would not shy away from paying any price to support Palestine in line with its Constitution. To that effect, Indonesia’s Foreign Ministry spokesman recently dismissed any plan for resumption of ties with the Zionist regime or any proposal for the recognition of Israel.