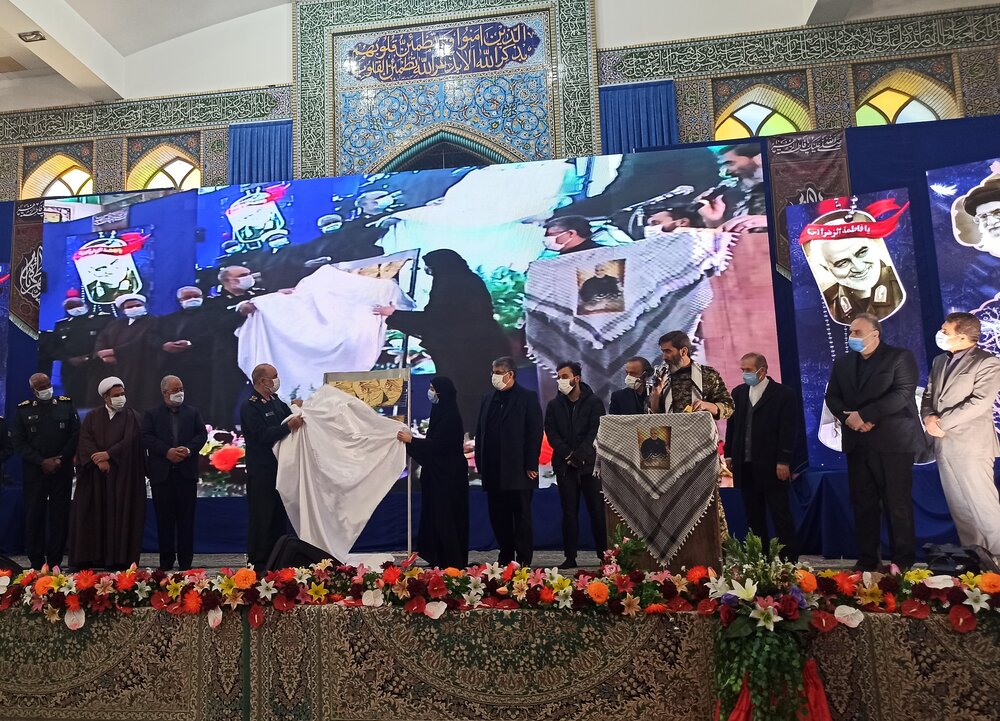 TEHRAN –Afshin Ala’s long versified story on Commander Qassem Soleimani has been published in a book.

The entitled “Sarbaznameh” (“Book of Soldiers”) was unveiled during a special ceremony at Imam Ali (AS) Mosalla in Kerman, the hometown of Martyr Soleimani, on Thursday.

Ala, members of Soleimani’s family, including his daughter Zeinab, and a number of senior IRGC commanders and cultural figures attended the ceremony.

“I felt deeply indebted to Commander Soleimani; I felt compelled to do something in this way,” Ala said earlier in a radio program about his intention to compose the long poetry.

“During the early days after his martyrdom, I also composed some poems about him, however, I saw that it’s my duty to compose a long epic versified story about the commander,” he added.

To achieve the appropriate ambiance to compose the poetry, he paid made a visit to Kerman, which is home to the grave of Soleimani.

Earlier in November, the poetry published on the Persian social media attracted the praise of the Leader of the Islamic Revolution, Ayatollah Seyyed Ali Khamenei.

“The poetry has been composed eloquently and meaningfully. It will be everlasting poetry, God Willing. I congratulate Mr. Ala for his talent and success,” the Leader wrote in a note published by his office at that time.

“I hope this poetry will be published by the Martyr Soleimani Foundation in Tehran on his first martyrdom anniversary in January,” he remarked.

“I hope this poetry will be a little gift for the hearts of the family of the martyr and all those who love him,” he remarked.

Ala has previously made affirmative or angry responses to some social and political issues by his poetry.

The poem composed in 34 verses is full of praise for Iran and Hezbollah’s Secretary-General Seyyed Hassan Nasrallah for their resistance against the Zionist regime and denouncement of the UAE for the deal.

The poem was also hailed officially by Ayatollah Khamenei as “really opportune and timely.”