TODAY'S ALL NEWS
Previous Breaking: “Characteristics of the School of Martyr Soleimani” published in 12 countries
Next Breaking: Zarif warns against using Trump’s sanctions as ‘leverage’ against Iran 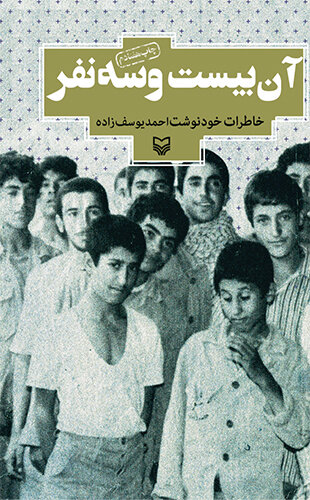 TEHRAN – War veteran Ahmad Yusefzadeh, who has authored “Those 23 Individuals” in two volumes recounting the story of 23 young Iranian volunteers who were captives during the 1980-1988 Iran-Iraq war, said on Thursday that he is writing a sequel to the book.

“The third book will be the final one, which will contain my memories of captivity at the Mosul Camp in Iraq during the last years of my detention in the camp,” Yusefzadeh has said.

He said that the book will be published next year.

Yusefzadeh narrates his memories about the captivity of 23 Iranian young adults in Iraq during the 1980s. Nineteen of the young adults were from Kerman.

The book tells of the early months of their captivity and the events they confront, and later their visit with the Iraqi dictator Saddam Hussein.

Leader of the Islamic Revolution Ayatollah Seyyed Ali Khamenei has written a commendation for “Those 23 Individuals”.

“I highly praise this gifted writer and those 23 individuals, and the hand of power and wisdom which has created all this beauty through its miraculous fingers,” the Leader wrote about the book.

The Leader wrote the commendation in March 2015 during the last days of Iranian calendar year 1393 and the early days of the New Year.

Filmmaker Mehdi Jafari made a screen adaptation of the story in 2018.

The movie received the award for best screenplay at the 16th edition of the Resistance International Film Festival in November 2020.

“23 Individuals” also stood first with six awards at the National Will Manifestation Awards in February 2019.

The awards are presented to those films that promote issues being pursued by some public organizations and institutes.

Photo: Front cover of the book “Those 23 Individuals” by Ahmad Yusefzadeh.