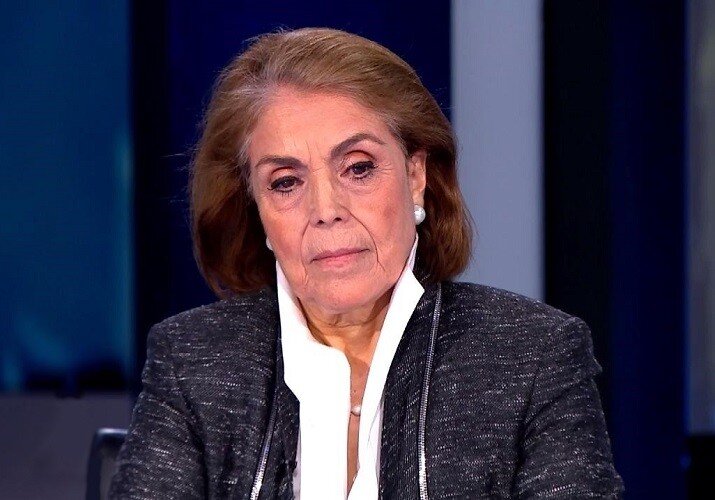 TEHRAN – Commenting on recent psychological warfare against Iran, Shireen Hunter says Trump might be sending a message to his opponents and EU about increasing costs of his removal from power.

Recently there are some contradictory reports on possible US President Donald Trump’s military action against Iran before leaving office on Jan 20, 2021.

“President Trump asked senior advisers in an Oval Office meeting on Thursday whether he had options to take action against Iran’s main nuclear site in the coming weeks,” the New York Times wrote.

“A range of senior advisers dissuaded the president from moving ahead with a military strike. The advisers — including Vice President Mike Pence; Secretary of State Mike Pompeo; Christopher C. Miller, the acting defense secretary; and Gen. Mark A. Milley, the chairman of the Joint Chiefs of Staff — warned that a strike against Iran’s facilities could easily escalate into a broader conflict in the last weeks of Mr. Trump’s presidency.”

While New York Times says Trump was the initiator of this plan, some other sources say the plan was initiated by other officials of the White House but Trump was not interested in it.

To know more about the issue and the motives behind such psychological warfare, we reached out to Shireen Tahmaasb Hunter Professor of Political Science at Georgetown University in the US.

Some believe that this is psychological warfare orchestrated against Iran by some US Medias. What is your opinion about this viewpoint?

It is hard to say. It could be psychological pressure and most probably is. However, given the serious repercussions for Iran, should such an attack take place, the threat should be taken seriously, even if it is unlikely to happen. The risks could increase should there be attacks by Iran or its regional allies on US targets, such as the recent attack on the US embassy in Iraq.

Some say resorting to such psychological warfare after his defeat in the election, Trump tries to send a message to his opponents inside the country and Europe that he will increase the costs of his removal from power while his supporters are in the streets. What do you think of this?

Certainly, Trump might be sending such a message. However, I doubt that such a message would be taken seriously by US allies. At any rate, they have little influence on US’ domestic politics.

Why has Trump revealed its plan if he really intends to attack? Why doesn’t he want to attack Iran or its allies unexpectedly like what Washington did during the assassination of Lt. Gen. Soleimani?

I don’t think that there is actually a serious plan to attack Iran. Trump was asking his advisers to offer him possible options, should he decide to attack. His advisers, including the Vice President, Mike Pence, pointed out the risks of such an action and advised him against it.

It is said that by resorting to such measures White House wants to create a balance of horror to prevent Iran’s revenge on the eve of Lt. Gen. Soleimanis assassination anniversary. Do you agree with this viewpoint?

I doubt that this was the main reason for Trump’s inquiry about targets to attack in Iran. It is clear that if Iran launches a significant attack on US assets in the region, Washington will retaliate.

Many believe that such a dangerous decision that can lead to an all-out regional war cannot be made by Trump himself and it needs confirmation of both US Republicans and Democrats. What do you think of these points of view?

The limited targeted attack does not need Congressional agreement as provided in the War Power Act. But, there would be pressure from Congress, and the military to prevent such an act. Furthermore, such an attack would be unpopular with the American people struggling with Covid 19 and its economic fallouts.