TODAY'S ALL NEWS
Previous Breaking: Croatian schoolchildren learning how to deal with COVID-19 from “Hannah, Our Hero”
Next Breaking: “Communal Luxury” comes to Iranian bookstores 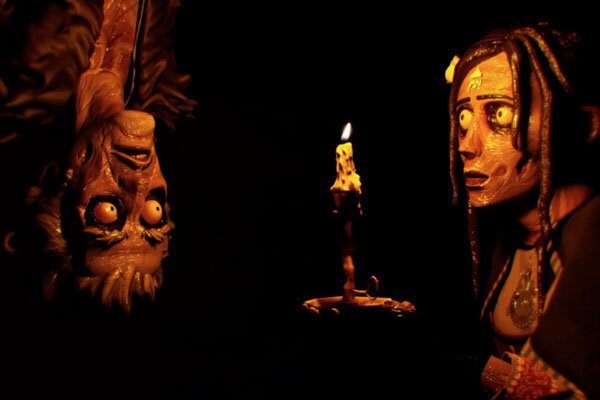 TEHRAN – Four animations by Iranian filmmakers have been selected to be screened at the 3rd Animafilm – Baku International Animation Festival, which opened on Wednesday in the capital of Azerbaijan.

“Divinity” (Malakout) by director Fernush Abedi and “The Eleventh Step” by Maryam Kashkulinia are contending for the Grand Prix in the short animated film competition.

“Divinity” is a horror film about a pianist, who has lost one of his hands and can’t play the piano anymore. Doctors decide to transplant a dead criminal’s hand to his body. The pianist with his new hand starts killing people.

The film won the Excellence Award at the 18th Hiroshima International Animation Festival in Japan during August.

Produced at the Institute for Intellectual Development of Children and Young Adults, “The Eleventh Step” based on children’s writer Susan Taqdis’s story of the same title is about a lion cub that never dared to take one more step toward its freedom when the zookeeper forgot to lock the door to its cage.

“Forward” by Najmeh Imani and Mohadeseh Shahbazi is competing for the award for best short animated film made by children.

“Trip” by Rana Hejazi in contending for the award for best short student animated film.

Nancy Denney-Phelps, a well-known Belgian journalist writing about European animation and festivals, is the president of the jury for animated films, which is composed of Olivier Catherin from France, Daria Kashcheeva from Czech, Zurab Diasamidze from Georgia and Shamil Najafzada from Azerbaijan.

The jury for the screenplay section is composed of Aaron Wood from England, Mohammad Zare’ and Rana Vaezi from Iran, Alena Polikowska from Russia and Oleg Safaraliyev from Azerbaijan.

A jury of children selected by the well-known animation director Elchin Hami Akhundov are also judging the movies at the five-day festival.